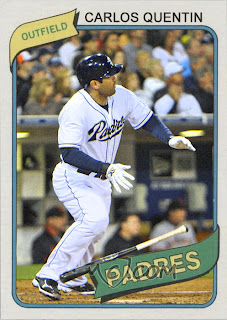 I can't think of anything to say about Carlos Quentin, so here's a sonnet.

In sport, one finds it very hard indeed
To keep one's anger totally in check
Or else the other roster tends to bleed
And one's own career winds up in a wreck
Are Selig's actions here so justified
To rob one player of only a few
When other players tell the world they've lied
And miss but fifty still- this can't be true
If Carlos wounds Greinke, it's barely seen
But still physical violence, tried by law
Yet when stars stuff syringes far between
It's THEY who get the blame, which we all saw
If violence, to Bud, gets nary a 'wow'
I'd love to see him meet with Pacquiao.

Coming Tomorrow- Another person who I don't like right now, only this guy's the closer for the Tigers.
Posted by Jordan at 10:33 PM