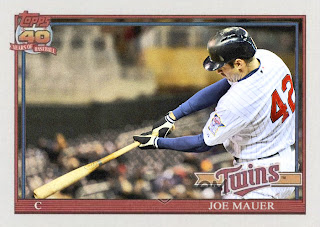 Man, that was a nice April, wasn't it? Sure, there was a bombing, two Philly-less playoffs, and a crappy Tom Cruise movie, but for the most part it was a very nice way to kick off the 2013 season. I'm gonna start doing these monthly check-ins because the chaos is fresh right after it happens, rather than 12 months after.

So, what are five incredibly surprising things that happened in baseball this month?
1. The Red Sox are ahead of the AL East. Everybody thought if the Yankees were gonna be 'out of it', the Rays or the Orioles or the Blue Jays would speed ahead and collect the title. The Red Sox have gotten off to a surprising start, with powerful performances by Mike Napoli, David Ortiz, and Jackie Bradley. And for once I'm not cursing my luck.
2. The Phillies dropped like a brick. I mean, okay, maybe it was obvious that the Phillies weren't going to be as good as their best years, but DAMN. They fell hard! All the new players aren't performing, all the old ones are getting old, everything's falling apart and nobody's hitting. But as the rich get poorer, the poor get richer.
3. The Cardinals' Pitching. I don't think anybody saw this coming. Westbrook, Lynn, Wainwright, and to a lesser extent Garcia, have been pitching up a storm for St. Louis. And it's definitely working, since they're currently atop their division, the batting not even doing too much. Especially Westbrook, who hasn't had a great season since his days with Cleveland, finally getting hot early.
4. First place Rockies. This may not be legit for the long run, but hot damn I'm enjoying it now. The best part about the Rockies' sudden incline is that the power is coming from people like Michael Cuddyer, Dexter Fowler, Rafael Betancourt, Jorge De La Rosa, and all these people that weren't performing well last season. I love that everything's coming together for Colorado, and I don't care how long it lasts.
5. Yankees hit off the bench. Vernon Wells, Travis Hafner, Jayson Nix, Lyle Overbay. All four of them are hitting very well for the Yankees off the bench. Wells alone has been a major surprise, cranking out homers right and left. And it's surprising because everybody counted us out. And here we are hitting. It's awesome.

And, here are five things that didn't surprise me at all.
1. Brian Roberts was on the disabled list within two weeks of the season starting. Never change, BriRo. Never change.
2. Justin Upton has been hitting well. Yeah, we all kinda saw that one coming once he moved to the Braves.
3. John Lackey managed to get himself injured very early. Saw that one coming a mile away. Whatever happened to the John Lackey that pitched well for Anaheim?
4. Last place Marlins and last place Astros. Well...yeah.
5. An Indians team that looked so good from the getgo and was very stacked, still managed to underwhelm everybody and fall flat on its face. And then beat the Phillies. Seen it before.

And, five things I want to happen in May:
1. Granderson to come off the DL and start hitting like crazy again.
2. Matt Moore to just chill down a little bit.
3. The Dodgers to start getting good again.
4. The Royals to stay exactly where they are.
5. Justin Verlander to be as hot as Anibal Sanchez and Rick Porcello are.

So, that's it. I chose Joe Mauer as my way to announce that May better be good.

Coming Tomorrow- Dunno if I'll get to tomorrow's or Saturday's, but expect a newly made Tiger.
Posted by Jordan at 9:25 PM
Labels: Custom Cards, Joe Mauer, Twins