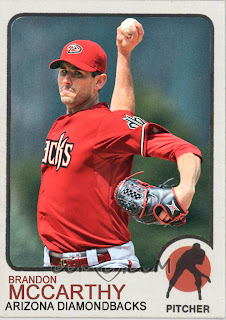 This custom is terrible. The font's wrong, the watermark's in the way, it's sloppily put together. If it wasn't for the colors, it'd be a complete failure.

In honor of this terrible custom, here are five things that are terrible this week.

5. The Philadelphia Phillies pitching. With the exception of maybe Jonathan Pettibone, our once-heralded starters have gone astray. Hamels, Halladay and Lee aren't doing their best, and Kendrick is somehow our lone star picture, with the exception of the up-and-coming Pettibone. It's gotten pathetic, as for whatever reason all three of them decided to just not do very well this year. It's kinda pitiful.

4. Panini Prizm. I'll say it now- I have no intention whatsoever of collecting this set, simply because it's unlicensed, and it looks awful. It looks like something out of the 90's, only shinier and more half-assed. No touchy.

3. Josh Hamilton. Or at least this is the first week that he's been terrible and people have noticed. I mean, how the hell did he go from a huge star to a slumping failure in a span of a year? I really hope he picks up the pace.

2. Carlos Zambrano just signed with the Phillies. I do not like the looks of this. I know he had great seasons with Chicago, but need I remind you, he had great seasons WITH CHICAGO. Like, 5 years ago. He's since become a slumping, mediocre pitcher that doesn't need to be on my team right now.

1. The Boston Red Sox, losing 8 of their last 10 games. Which is pretty nice for the AL East, especially considering who's on top now. But to have a start like that, and to fall off the face of the earth like they did is almost Shakespearean.

So yeah. It's a crappy week for a lot of people. Just not the Yankees. Or Matt Harvey.