Alex Gordon Has Been Here Before 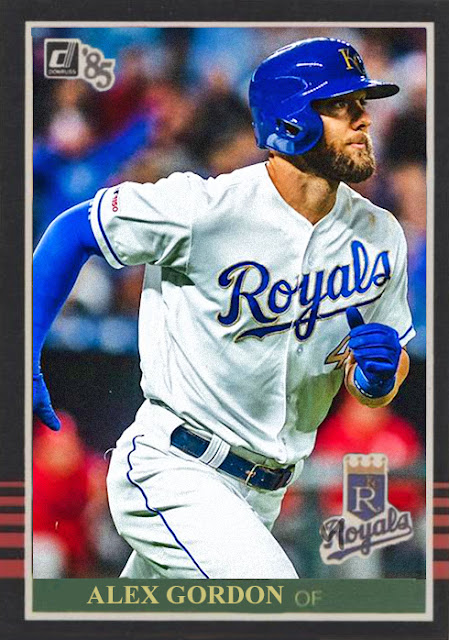 When Alex Gordon came into the leagues in 2007, he was joining a Royals team that had a few solid hitters waiting to be poached by better teams, no pitching, and a hazy outlook.

It's kind of sad that Gordon has been in Kansas City long enough to help grow a youth movement and a playoff dynasty, then watch both of those completely dissolve.

There are still remnants from those playoff teams, like Danny Duffy and Salvador Perez, but Perez is out for the year, and Duffy is...fine. But in terms ones that still are as productive, it's really down to Gordon right now. Thankfully he's playing beautifully, recently notching his 1500th hit, and his 800th run. There is a strong core of him, Hunter Dozier, Whit Merrifield and Adalberto Mondesi, but...aside from them, the lineup is not much at ALL. Yes, Jorge Soler has 10 home runs, but he doesn't have much else. Hell, Billy Hamilton isn't even leading the team in steals (Mondesi is), so he's not really a factor.

As good as a player as Alex Gordon is, though, I can't imagine this team being terribly different without him at this point, which honestly says a lot about his Hall of Fame case (however minuscule it is). Gordon is fine, and when he's hot he's great, but we haven't exactly seen THIS Gordon since 2016. Gordon's 2017 was one where he couldn't do shit at the plate, but was amazing in the outfield. Now we're...sort of getting the opposite? His RunsFielding totals aren't as high as they've been, and usually they're equalizing negative batting numbers. Now...they're at 0. So...you can't really get both anymore with Gordon, can you?

Coming Tonight: My dad and I were discussing this the other day. This guy might be the single best all-around player in baseball. He can play any position, has speed, and can hit like hell.
Posted by Jordan at 9:52 AM
Labels: Alex Gordon, Custom Cards, Royals