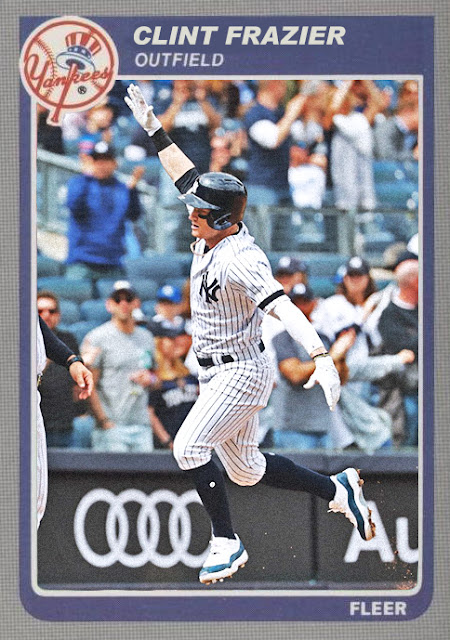 The Yankees still have fourteen players on the IL. FOURTEEN. And yet they are still in second place, because they're just beginning to get people back. Aaron Hicks came off the DL recently, and now he's back in the mix. Clint Frazier was on the IL for a few weeks, but has since returned, and is doing pretty damn well at the plate, with 6 homers and 18 RBIs. Gary Sanchez missed some time on the IL, but now he's...hitting a ton of home runs, and getting back to dominance.

Plus...in picking from places they wouldn't usually pick from, the Yankees have developed a very odd underdog quality. Like...they're starting Cameron Maybin,  and Gio Urshela. Both of these players have recently been used off the bench in the Cleveland organization. Nobody was asking them to start games at the top of the season, and yet here they are. Plus, now Kendrys Morales has joined the team as an extra first baseman/DH, which gives them some nice versatility until Greg Bird doesn't come back.

It's also reassuring that guys like Domingo German and JA Happ can pick up some starts in the absence of big guns like Severino and Paxton. German is almost giving Sevvy a run for his money, which is a nice feeling. Plus, CC and Tanaka are already pitching well enough to not feel like we need a ton of rotation help.

The next two IL members set to rejoin the team will be Troy Tulowitzki and Giancarlo Stanton, and that will happen later this month. By this point, hopefully the Yankees will still be entangled in the AL East race, and will benefit enough from the returns (especially Giancarlo). They're slowly inching up on Tampa, but they're gonna need more reinforcements if the Sox keep winning games.

Coming Tomorrow- Nope...his stellar 2018 season was not, in fact, a fluke. As evidenced by his addition of a THIRD insane arm to a subpar Nats team.
Posted by Jordan at 8:58 PM
Labels: Clint Frazier, Custom Cards, Yankees