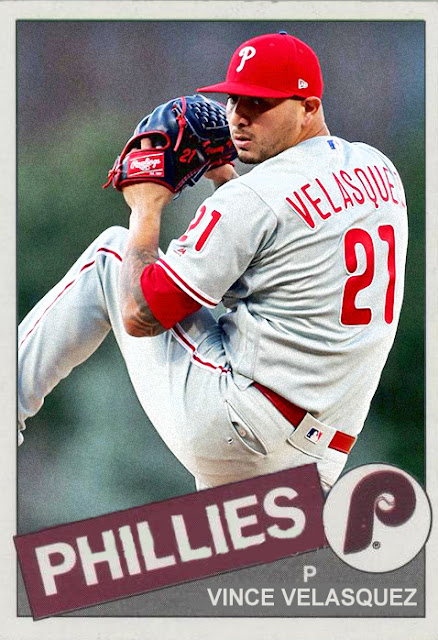 ...but this is pretty nice.

The Philadelphia Phillies have a 3 and a half game lead over the Atlanta Braves for first place, a huge show of prowess in a year where the Braves and Mets were expected to chase first. At a glance, the Phils seem to be picking up where they left off in 2018: the rotation is the home of the biggest performers, as Jerad Eickhoff, Jake Arrieta, Zach Eflin and Vince Velasquez are pulling high WAR numbers, and Aaron Nola is ...getting there.

That's honestly where the 2018 comparisons end, though. As the 2018 lineup was...noticeably limper than the rotation, here it's pretty on par (at least more than it was). New additions Jean Segura, JT Realmuto and Andrew McCutchen have gracefully adapted to Citizens Bank Park. And yes, Bryce Harper's numbers are closer to 'normal year Harper' than 'great year Harper', but...he still hits home runs, which always helps.

But also...Rhys Hoskins is having his best season to date. And it's not like your Joey Gallo type of 'home runs with not a ton of RBIs or contact'. Like...Hoskins is hitting .295. Yes, he has 11 home runs, but he's flirting with .300 in an era where most batters are flirting with .200. The dude has finally learned something, and he's helping this team stay relevant. I'm glad it gets to be him, even if Cesar Hernandez is beginning to catch up to him.

This isn't a perfect team, and I don't know if they'll necessarily be the kind that has a stranglehold on the division for several months, but I definitely think the Phillies are going to be a major figure in the NL East this year. And i'm excited to see how things play out.

Coming Tonight: For a moment I was worried he'd have to be traded to be on a competitive team, but...not so. He's the ace for one now.
Posted by Jordan at 8:32 AM
Labels: Custom Cards, Phillies, Vince Velasquez