Injuries, and Lack Thereof, in Houston 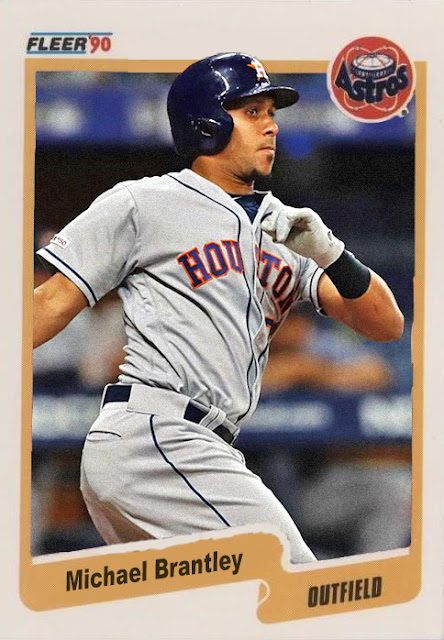 Ask any casual baseball fan to name the core of the Houston Astros, and they'll give you three names: Carlos Correa, George Springer and Jose Altuve. Those three were brought up consecutively during the early part of the decade, won a few awards, and helped the team win a World Series.

All three are currently injured. Which, in most cases, would be bad.

However, the Astros are taking a page from the Yankees...in that despite injuries to crucial players, they're still trucking along and winning games. Because with the talent they've compiled this year, they really can't not.

And let's be honest, the Astros' once rock-solid momentum has slipped...SLIGHTLY. Not enough to get people worried, but enough to make a significant difference on a chart. And losing your two best infielders, and your best backup infielder, will do that. The Stros need to think quickly and find solutions they didn't think they'd need to find. And defensively, they've tried a lot of short-term stuff, like putting outfielder Tony Kemp at second, and calling up Jake Mayfield for short.

Thankfully, they're a lot better off offensively. Because despite the Springer-sized hole in that lineup...they still have Michael Brantley. And Michael Brantley is awesome this season. Like...he's pulling his best numbers since his youth in Cleveland. Dude's batting .330 with 10 home runs and 36 RBIs. Granted, he's not at the point that Alex Bregman's at where he could lead an Astros team easily if given the opportunity, but he's still the offensive leader in a number of categories. Plus, as a guy who gets injured quite often, he's managed two months without doing so (knock on wood).

The Astros' rotation and bullpen have also largely gone untouched by the injuries, as Verlander, Cole, Peacock and Miley are all impressing. And look, even if Gerrit Cole's ERA and tendency to give up home runs is scaring people...he's still got 112 strikeouts in MAY. And you better believe that's the AL benchmark right now.

Bottom line: This Astros team is still capable of destruction, even without its most notable core members. Maybe they won't be gone for long, but even if they are...I imagine this team will stay strong amidst the...minimal amount of competition from below (and yes, A's fans, that includes you).

Coming Tomorrow- In the age of Kershaw, Scherzer, and strikeout artists...how the hell does this guy keep getting overlooked? Like, have you SEEN what he's still throwing???
Posted by Jordan at 7:46 PM
Labels: Astros, Custom Cards, Michael Brantley