One Diamondback, One Heart 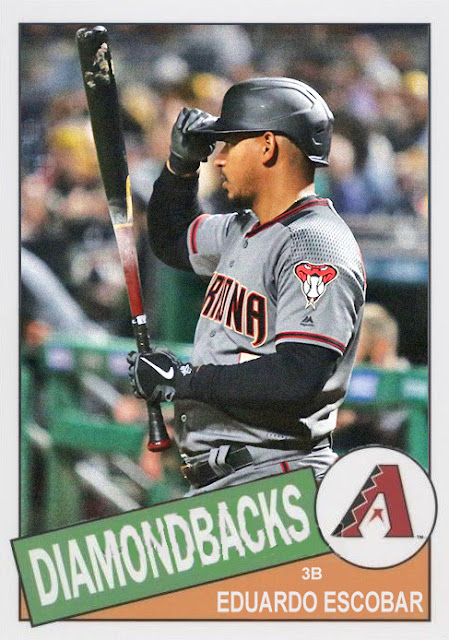 (Music Pun Streak #4. Yeah, I'm doing more obscure shit now. Like, not even one from the good Smashing Pumpkins albums)

The Diamondbacks so far have been an insanely pleasant surprise. One year post-Goldschmidt, you'd think they'd be struggling to find a voice, but they actually have their shit together, which is definitely reassuring. Plus, the lineup core of Jones-Peralta-Walker-Escobar-Marte actually seems to stifling pitchers this year. Heck, it's almost a universal thing- Jarrod Dyson's a trusted starter, Alex Avila and Carson Kelly are formidable catching options, Nick Ahmed and Wilmer Flores are hitting, and I don't even think Jake Lamb is missed.

Plus, it's not even just Zack Greinke throwing fire in the rotation, though I feel like with this team, it could be just him and they'd still be great. Robbie Ray's having a comeback year, Merrill Kelly's doing a great Miles Mikolas impression in his first year back from Korea, Luke Weaver's finally gotten his ERA down, and Greg Holland is back to his old self in the ninth.

This is an eclectic, surprising team that's come from a supposed fourth to overpower the Padres for second place, and are an actual force in the NL West again. Plus, there are so many small pieces that have great moments (Alex Avila, Yoan Lopez, TJ McFarland, etc), that this could be a whole season of eccentric D-Backs moves. I'm honestly just glad things have worked out for them so far, and I know that great starts don't always assure longevity, but...this lineup is even more powerful than the ones that competed recently, honestly.

I like what I'm seeing with the D-Backs. And I hope to keep seeing it.

Coming Tonight: One of the few Yankee outfielders that hasn't gotten injured.
Posted by Jordan at 8:23 AM
Labels: Custom Cards, D-Backs, Eduardo Escobar