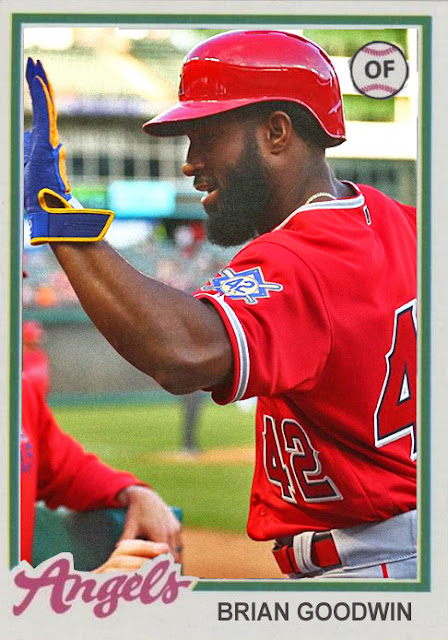 Like...what has become usual in Anaheim, you go past Mike Trout on the roster and there's just a sea of meh. Not, like, 'Trout has to carry the whole team' kind of meh, but enough meh that puts the team's chances to compete in jeopardy. And it's not even a 'that's what happens when Ohtani is injured' kind of thing. This is just...an okay team. Who has resorted to okay options.

But thankfully some of these options are working out, like former Nationals backup outfielder Brian Goodwin, who's impressing in a starting role for the Halos so far. So it's not all bad.

The good thing about this Angels team is that we're beginning to see some youth supplements take hold in places, and they're working. Not only David Fletcher, who we knew from last year would be good, but Luis Rengifo, who's battling Tommy La Stella for the starting 2B gig, and Griffin Canning, who had a rocky but reasonable first start after prospects deemed him a worthy pitching piece, are making waves. And for a team that is very steeped in veteran presence (I don't need to tell you that, I mean look at who their DH is), this is promising.

The one problem they have is that there's not a ton of room for call-ups, as there's a lot of 28-year olds and 32-year olds mulling around and sitting on roster spots. Which would be fine if the team was in first. They're not. They're in third, but battling with the Rangers for it. And meanwhile, Justin Bour and his .174 average have a lock on 1st base. So either there's not a ton of call-ups ready, or the Angels are still waiting for the current arrangement to either really succeed or really crap out.

Again, I don't run a baseball organization (thank god), so I probably don't see this from the right angle. I just see it from an audience angle, and it doesn't look great. True, without Goodwin, Simmons, and of course Trout, they'd be a lot worse, but...15-17 isn't great.

Coming Tomorrow- He's got a big beard, he hits a ton of home runs, and statisticians hate him.
Posted by Jordan at 9:57 PM
Labels: Angels, Brian Goodwin, Custom Cards