A Different Kind of Buck 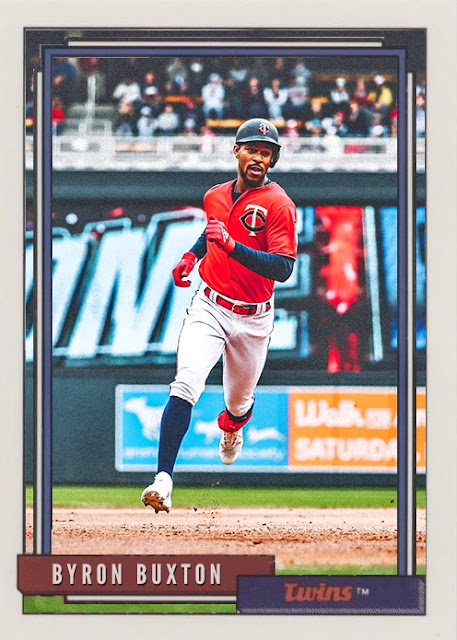 Um...I think the Twins have the best record in baseball.

I don't know how it happened. The Astros, Dodgers and Yankees are right there, and the Astros and Dodgers do have the same number of wins, but...the Twins have 1 less loss than the Dodgers, and 2 less losses than the Stros.

So yeah. First place Twins. Because nobody else in baseball can match the rate at which these guys are swatting the ball out of the park.

Four guys have over 10 home runs, and two other guys have 9. On the starting lineup, the lowest amount of home runs anyone has is 5. For comparison's sake, Houston's DH has only hit 1 home run.

And there aren't people who are coming out of nowhere with hitting abilities. You have people like Eddie Rosario, Nelson Cruz and CJ Cron, who we KNOW can hit homers. And then you have people like Max Kepler and Jonathan Schoop, who we knew could hit homers, but not to this caliber. And then you have guys like Mitch Garver and Jorge Polanco, who are insanely talented well-rounded players who just so happen to hit home runs. Hell, Miguel Sano has only been back for 9 games and he's already hit 5 home runs. The fact that they're all hot at once and hitting...that was bound to happen. You assemble a lot of this type of talent on one lineup, you can't be surprised when they all start hitting home runs.

It helps that the pitching is doing well, and that Martin Perez, Jake Odorizzi and Kyle Gibson are all having comeback seasons (and I'll take this opportunity to give a big 'ol 'break a leg' to hometown hero Devin Smeltzer), and it helps that Blake Parker is finally getting his due as a closer for a competing team, but...this is clearly about the lineup, and about the power-hitting. And aside from Sano, the power-hitting isn't really killing anyone's averages, either.

This is just an insanely cool, insanely well-rounded team that even has room for a comeback year from Byron Buxton, who's doing his usual contact-hitting without a TON of homers, but...he still fits on this team. It's a team that hits home runs, but it's not completely defined by that kind of hitting, which is nice.

I hope they keep it up. They're ferocious, but they're fun.

Coming Tomorrow- One letter off from being one of the highest-paid actors in Hollywood. But...being the top rookie in Pittsburgh isn't bad either.
Posted by Jordan at 8:34 PM
Labels: Byron Buxton, Custom Cards, Twins