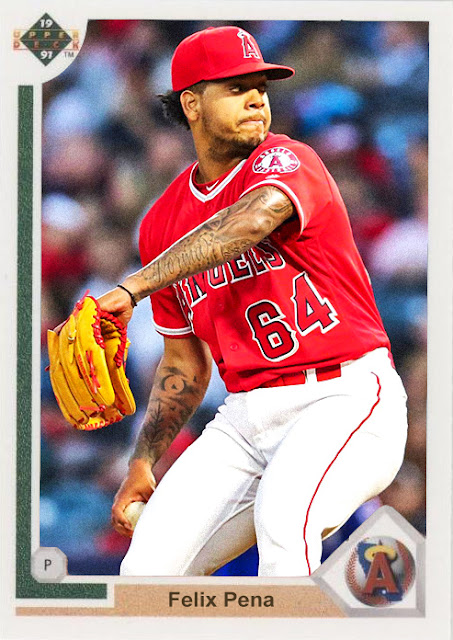 I can't believe I'm saying this, but the single tightest race in the leagues right now might be what's going on in the AL West.

Right now the Rangers, Athletics, Angels and Mariners are all within a half-game of each other. It is as simple as the Rangers being 1.5 wins ahead of the Mariners, who are four spots below them in the division, and a half-win ahead of the A's. All four are circling the same W/L percentages, and none of them are being counted out yet. If you would have looked at this matchup a few days ago, you would have seen the Angels ahead, or even the Mariners, but things are so fickle in the AL West that the frontrunner of these four has changed so many times in the past week.

There is only one problem. They're not competing for first place. They're competing for second. The Astros already have first, and are 8.5 games ahead of ALL of these teams.

So all of this in-fighting, all of this shifting positions and one-upmanship, all of this tightness...is for basically nothing at this stage. You're essentially fighting for draft picks next year at this point. And since all four of these teams are semi-competitive, they're not even gonna be THE best draft picks. There is a chance that at least one of these teams could break from the pack and chase the Astros, but A.) these Astros might even be better than the ones that won it all, and B.) the Mariners tried, and they're currently in last.

I do think the Angels might be the more intriguing piece of this race. Now that they have Ohtani back as DH, they've been relatively solid, honing the strengths of Tommy La Stella's bat, Felix Pena's arm, and Mike Trout's...everything. With the number of rookies coming into the fold, like Griffin Canning, Luis Rengifo and Jared Walsh, this could be a dramatically different team in a few months, and they could get stronger as they go. But...as it stands, they're a very okay team.

Now, the real question is whether or not the AL West will continue to be this amusing below 1st place. And I guess we'll have to see.

Coming Tonight: About four years ago, you could call this guy the absolute best pitcher to not win a Cy Young. I'm not sure if you can still say that now.
Posted by Jordan at 8:56 AM
Labels: Angels, Custom Cards, Felix Pena