Exactly What the Mets Needed? 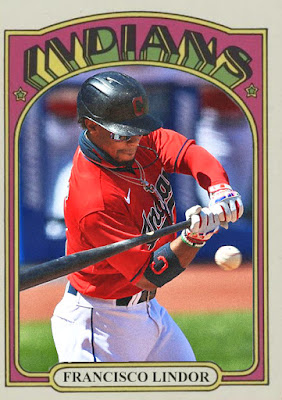 Like, one by one- Francisco Lindor is a great player that needed a market that represented a burgeoning team rather than a sinking one. Amed Rosario needed a smaller market where he wouldn't be as much of a a disappointment or holding up a starting role for a prospect. Andres Gimenez needed a city where he could start. Carlos Carrasco needed a team where there wouldn't be as much pressure for him, a 10-year veteran to start 30 games a year. This trade fulfills the needs of all four players. Perfectly.

So, Lindor in New York...that centers things more than the current incarnation had. You had Conforto and Alonso being great sources of power, McNeil and Nimmo being great contact players, and not a lot of link between the two factions. Francisco Lindor is a contact hitter that is also responsible for three 30+ home run seasons. Lindor will connect both parts of this team and forge a more unified offense as well as a continually strong defense, and make the Mets into the NL East contender that the Marlins and Braves feared that they'd eventually become.

Carlos Carrasco is less of a factor, but still a helpful one. The Mets have been talking about making Steven Matz a full-time reliever, and fitting Carrasco into the last rotation spot cements that. I'm not expecting Carrasco to be the top performer in the Mets rotation in 2021 [that will obviously be Jacob deGrom], but he'll be a solid, maybe 4ish ERA guy at the back of the rotation who'll be helpful in some big game situations. This is no longer a youthful rotation, and only David Peterson is really bringing up the youth angle, but Carrasco is making this a versatile, many-handed rotation with deGrom, Stroman and Syndergaard heading it up.

And as for Rosario and Gimenez...well, the two guys fighting for the starting SS spot in New York just became Cleveland's newest double play combo. The Indians were searching for a 2B option that wasn't Yu Chang, and Gimenez will be a great choice to blossom there. Rosario isn't as well-rounded as Lindor, which will probably sadden many fans, but he'll be a good enough choice at short, and a good rebuilding option even if the hole Lindor leaves will be very great for a while.

This trade is good for both teams- it helps the Mets contend, it helps the Indians transition to a rebuild, and it evens out two divisions. Excellent. Keep 'em coming.