Topps Cards That Should Have Been: The Will Smith Chronicles 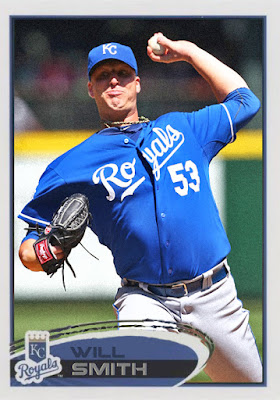 No, not the actor. Not the catcher, either. And not the guy that co-wrote The Thick of It. This guy.

Will Smith was a strong, consistent reliever for 8 years, and nobody knew who he was until he became a surefire closer in 2019 for the Giants. If people were paying attention, they would have seen it coming. Topps, of course, wasn't. 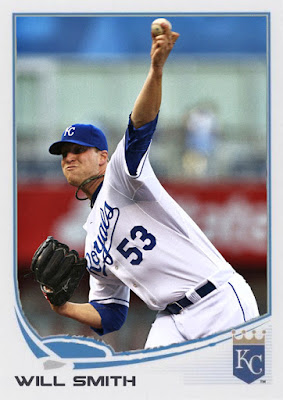 In 2013, Smith is moved to the bullpen.  3.24 in 33 innings of relief isn't bad, but it's also not much to really hang onto. In 2014, the Royals are moving to October and need outfield help rather than bullpen help, so they trade Smith to Milwaukee for Nori Aoki. 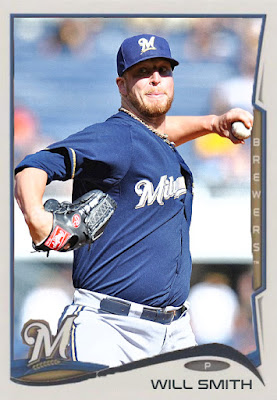 Smith comes into his own with the Brewers, suffice to say. He appears in a league-record 78 games, with a 3.70 ERA, 86 strikeouts and a few too many runs given up, suffice to say. But he's still a trusted member of the Brewers bullpen and keeps things going for them for 3 years.

In 2015, Smith gets a suspension for a foreign substance on his arm, and he's sort of downplayed by the Brewers that year. He also gets injured prior to the 2016 season, which leads the Brewers to think about trading him. 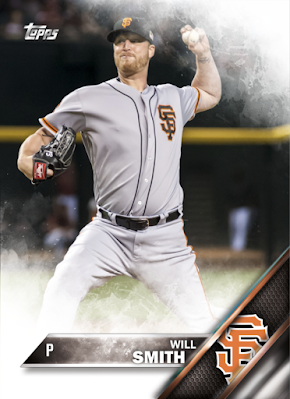 They eventually deal Smith to the Giants at the trade deadline, which...is odd, because the Topps cutoff in 2016 did allow for trade deadline acquisitions. So they should have done a Smith card that year in Update...yet they didn't. He has a 2.95 ERA in 26 games, which is a great start.

Smith sits out all of 2017 with an injury, which explains... 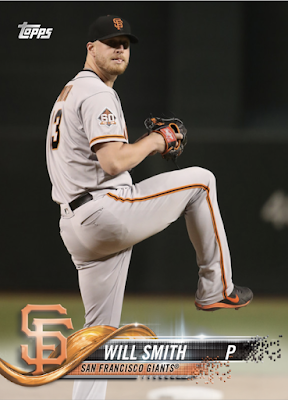 ...why Topps doesn't make a 2018 Topps card for him. But...nothing in Update? By Update, he was relieving games, even if he wouldn't get his 14 saves until after the cutoff. Still, the 2018 season, where he has a 2.55 ERA in 54 games, is enough to establish him as a force to be reckoned with, and enough to garner the ninth inning job for 2019. He's not closing as many games in Atlanta these days, but he's still a trusted bullpen option for a team once starved for relievers.