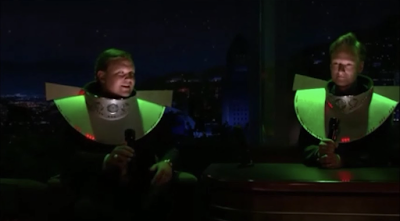 I was not at all prepared for another milestone on here.

I've done 4000 posts on this blog. That's...insane. Maybe 1500 of them were well-written. But 4000 of them were posted. I cannot believe that. It doesn't feel like I've been doing this for nearly 12 years [that's another milestone coming up], but...this is what the stats are telling me.

What I like to do when I hit a triple-zero milestone on this blog, like the two other times I've done that, is I like to look to the future.

That's right. As usual, I'm going to make some outlandish predictions and educated guesses as to what the sports and regular world will look and feel like...IN THE POST 5000.

In the Post 5000... The Green Bay Packers will have finally accumulated enough Super Bowl rings to stand at the top with Pittsburgh and New England. Unfortunately, they will be rocked with a scandal, as the Lambeau Field groundskeeper will spill that they'd actually been importing snow from Michigan during the team's playoff matchups at home.

In the Post 5000... Panini will finally run out of sticker autos of Francisco Mejia. He'd stopped playing 2 years ago as well.

In the Post 5000... Attendance at baseball games will be at all time highs, COVID cases will be at zero all across the nation...except in Miami, where the stands are still basically empty.

In the Post 5000... The AFC Championship will be between the Cleveland Browns and the Miami Dolphins. And Joe Buck to be paid to cover it without vomiting.

In the Post 5000... The unattainable World Series ring will have arrived for the San Diego Padres and the Atlanta Braves. Meanwhile, the Philadelphia Phillies, will finally finish a season over .500.

In the Post 5000... Tom Brady will have officially retired from the NFL, at which point the Tampa Bay Buccaneers' average age will shift back to 37.

In the Post 5000... Topps will infuriate longtime collectors with a flagship design that has less than 2 graphic elements, a white border, clear team color on the back, and clear name signage...by once again reverting to only doing 5 lines of stats again.

In the Post 5000... Doc Rivers will have his own monument in Philly...just knocking Pederson's out of the way. Passersby wonder at what juncture Nick Foles and Rivers ever collaborated on a play.

In the Post 5000... The New York Yankees will finally, FINALLY win another World Series. Aaron Judge will have played 4 games during the season, and Cashman joyfully re-signs him for 100 million.

In the Post 5000... I am hopefully still writing this blog, working at a job that doesn't depress me, and living the life I want to. This one I hope will come true. Though the Nosferatu one is probably more likely.

Thanks for being here for 4000 posts of mine, everyone. See you at the next one.