Topps Cards That Should Have Been: The Fernando Rodney Chronicles 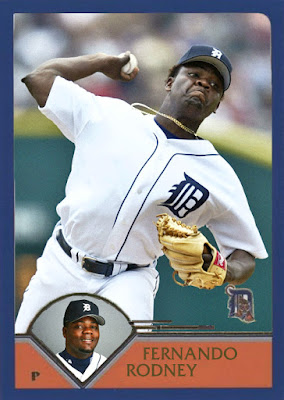 Fernando Rodney may have been one of the most important relievers of the first 20 years of the 21st century. He may not have had the flashiest stats or the most saves, but his career spanned years and teams that people wouldn't even predict they would.

2003 would have been the first season he could have gotten a Topps card, so I won't be sad that they didn't cause he was...just a lowly reliever for one of the worst Tigers teams of all time. He averaged a 6.04 ERA his first two seasons, over 47 appearances. He wasn't handed the ninth quite yet, and that'd take a few more years of people like Ugueth Urbina and Todd Jones closing games in Detroit, but he was beginning to be plugged in more and more. 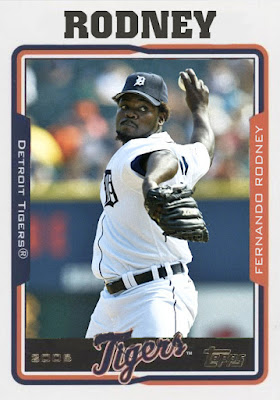 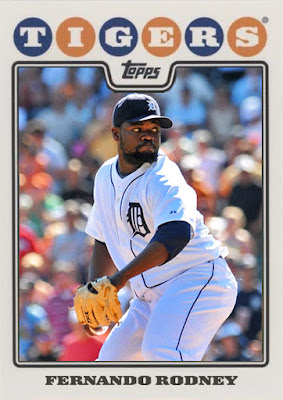 Which explains, I guess, why Topps didn't bother making a base card of his in 2008. Gotta admit, this move even surprised me as a young collector. I'd thought Fernando Rodney was a necessary relief inclusion, even in 2008, before he really took off. I was very confused. Rodney's 2008 was a step back in the right direction, saving 13 games even with a 4.91 ERA.

From 2009, Topps doesn't miss a beat. They make flagship cards of him in Detroit, Anaheim, Tampa and Seattle, even in his waning Ms years. From 2012 to 2014 he saves 133 games, and it's absolutely huge, but he can't sustain the magic. 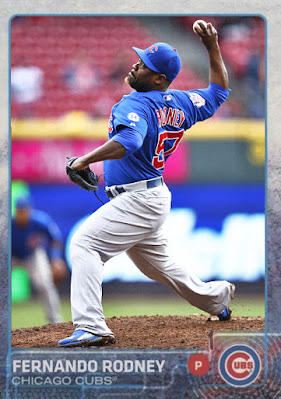 By the end of 2015, the Mariners give up on him in favor of Tom Wilhelmsen. So they deal him to the Cubs at the waiver deadline, which means Topps won't get to see the...very odd sight of Fernando Rodney as a Cub. This is incredibly odd. In 14 games in middle relief, Rodney had an 0.75 ERA and 15 Ks. Plus, he got to COMPETE for the first time in a while. He did well in early rungs of the playoffs but got beat up by the Mets in the NLCS. 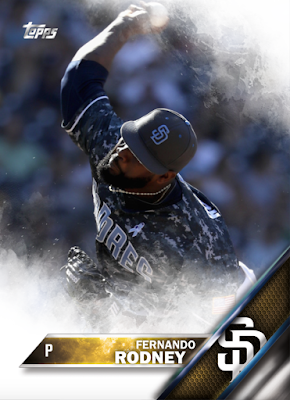 By 2016, Topps still wasn't convinced that Rodney was back, even if the end of the 2015 was at least worth a card. So they shrugged and missed out on Rodney's LAST ALL-STAR STINT. Yes, they got it in Update, but they had cards of him on the Marlins, which he showed up in for the ASG. Forgetting, of course, that his INSANE 0.31 ERA with the Padres was the thing that got Rodney there in the first place. In 28 games, Rodney had 33 Ks and 17 saves. These were the final indicators to Topps that Rodney was finally worth making cards of again. 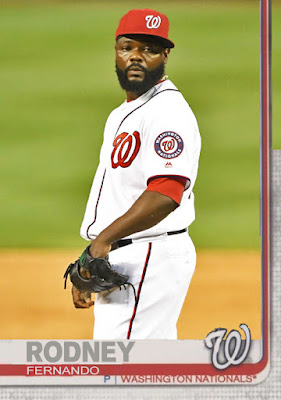 Yet the final stop on Rodney's journey, and the one that gained him that coveted World Series ring, went completely ignored by Topps. Yes, Fernando Rodney was a trusted relief option for the 2019 Nationals, pitching in 38 games with a 4.05 ERA and 35 Ks, and getting some postseason playing time as well. It was a great season to go out on, despite Rodney not officially throwing in the towel until the dust had settled on the 2020 season. I just wish Topps had produced a card of it, rather than making me finally branch out into customizing the relatively-tricky 2019 design.

Still, Fernando Rodney had a long, prosperous career, marked by so many Topps cards that DID happen, that it should be a compliment to him that Topps missed so many times.