Topps Cards That Should Have Been: 2021 Hall of Fame Class Edition 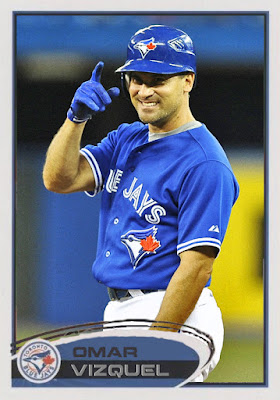 I'll let this be the official announcement- I'm not doing a HOF ballot post this year. There's no use making one if the ballot is this bare, and if nobody I'm gonna vote for is gonna get in cause the only people charting over 70% right now are Bonds, Clemens and Schilling. So I'm just not gonna do a whole post. 2022, sure, there'll be more to vote for then. Not now.
So instead, I found some Cards That Should Have Been for a few members of the ballot. Perhaps the biggest one is this 2012 Topps issue of Omar Vizquel which they really should have done. Vizquel's last season was in 2012, he was capping off a legendary career, and Topps just wasn't there for it at all. In a bench utility role for Toronto, he hit .235 with 36 hits, and was still charting positive defensive WAR numbers at 45 years old. Topps would do an insert of Vizquel as a Blue Jay a bit later, but not a base card. Hence this. I hope Vizquel gets in someday.
The rest of these are guys who are on the ballot this year, and will probably leave the ballot this year. 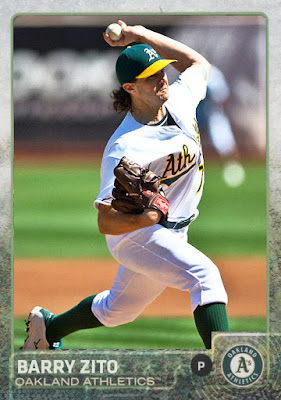 2015 was the final year for Barry Zito, the former Oakland Cy Young winner and...future Nashville musician. Zito, when he wasn't learning some country chords, was drumming up a comeback in 2015 playing for Nashville's AAA team. It didn't get him particularly far, but he did get one last run as an Athletic at the end of that season, as a show of posterity. In 3 games, he had a 10.29 ERA with only 2 strikeouts, but he still ended his career in the same city where he came to prominence, and it was a solid way of leaving things. 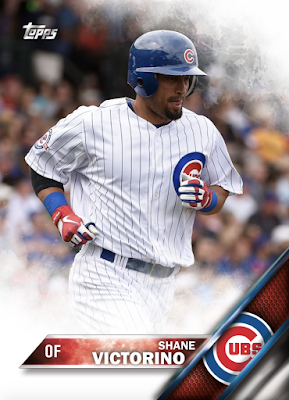 Shane Victorino is the only case in this post of a player whose final undocumented year was a botched Spring Training stint. Topps did him well his whole post-Phils career, and he was pictured as an Angel in 2015 Topps Update, which capped his career. However, in 2016, the Flyin' Hawaiian signed a minor league deal with the Chicago Cubs. While Victorino didn't make the team, and with the talent they had that year it wouldn't have happened, he did play 9 games with Iowa, and hit .233. So he ended with some semblance of dignity as well. 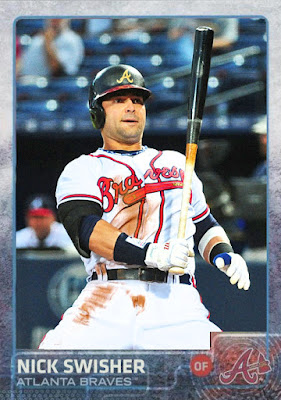 Nick Swisher did get a final tribute issue from Topps in 2016, but because his trade to Atlanta from Cleveland came south of the trade deadline deal in 2015, Topps didn't have time to put him or Michael Bourn in Update. While Swisher was responsible for one nice walk-off moment with the Braves, he was elsewhere saddled with a .195 average and 23 hits in 46 games. Ouch. 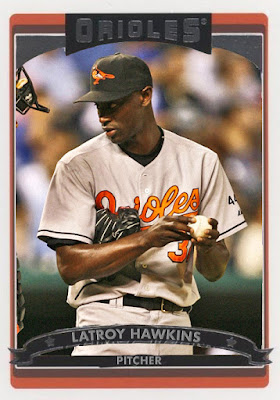 The 2021 HOF ballot member with the most Topps omissions is, of course, the career reliever. LaTroy Hawkins played nearly everywhere, and while Topps had his number for the first 11 seasons of his career, things trailed off after 2005. Like Salomon Torres, it may have to do with landing in a weak market in 2006, like the Baltimore Orioles. Hawkins had a 4.48 ERA in 60 games, which was a bit more buoyant than necessary, but he still kept on. 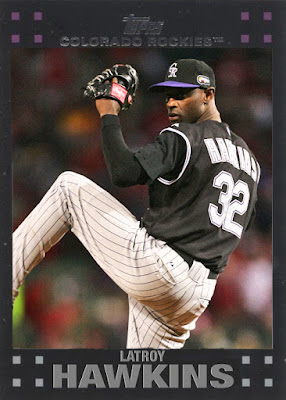 The big 'are you seeing this' year for Hawkins as far as Topps is concerned is 2007. With the Colorado Rockies, they of the longer carries, Hawkins came up with a 3.42 ERA in 62 games. And then, the following year, Topps and the Yankees come calling and he's good for a bit. 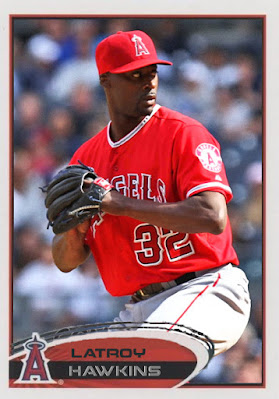 In 2012, things got away from Topps again- Hawkins spent the year with the Anaheim Angels, chilling with Pujols and Trout and riding their spotlight for a bit. A 3.64 ERA in 48 innings wasn't bad, but it was less populated than previous games. 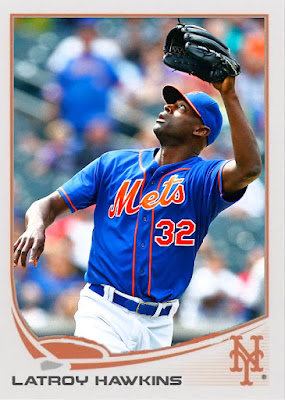 And finally, Topps also missed Hawkins' stint with the 2013 New York Mets, where he had a wonderful 2.93 ERA in 72 games with 55 games and 13 saves. A tour de force comeback that put him back on Colorado's radar, and led to Topps not forgetting about him again. Hawkins probably won't make the HOF, but at least he was responsible for some fantastic seasons in relief for several teams.
Those are my 2021 HOF ballot customs. I'm expected disappointment when Schilling or some steroids guy gets in.
Posted by Jordan at 10:14 AM