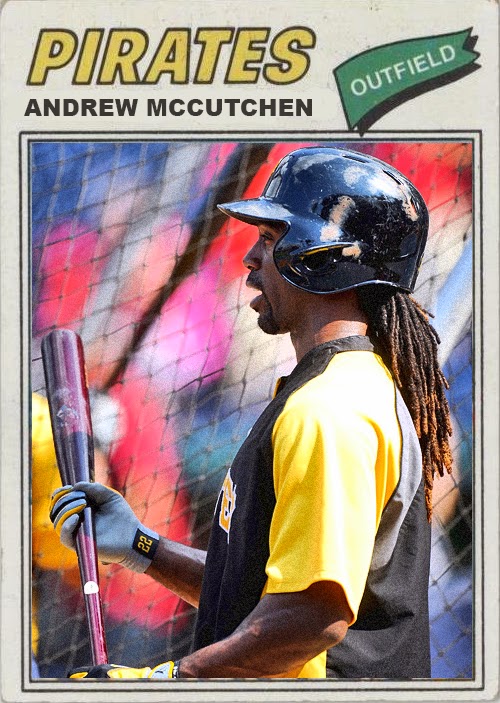 I made a McCutchen custom earlier this year, but I figured since that one was an action shot, I might as well include a cool static shot, and this one is pretty damn cool.

The Pirates had a pretty nice year that was cut a little too short for my tastes. If I ran the world, they would have gotten past the Giants at the Wild Card level, but unfortunately that didn't really happen.

Cutch had a pretty nice season as well, even if it wasn't as awesome as his 2013 season. Still, it's McCutchen. How do you not love him? 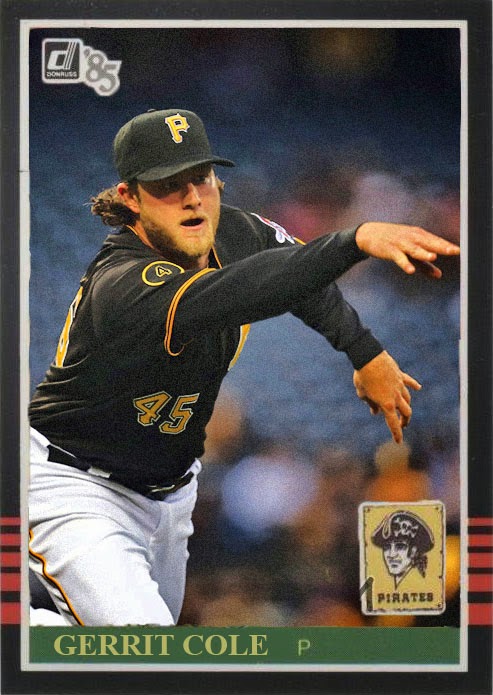 Gerrit Cole had an impressive sophomore season, even if it was marred by a brief minor league stint. He was great for my fantasy team. 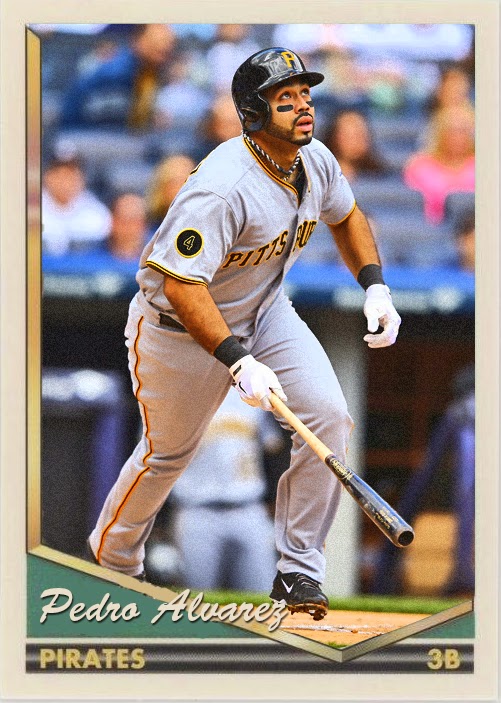 Pedro Alvarez is consistently great, so I wasn't shocked that he had another nice season in 2014. He's one of the more underrated stars in the league, as he's a pretty nice third baseman too. 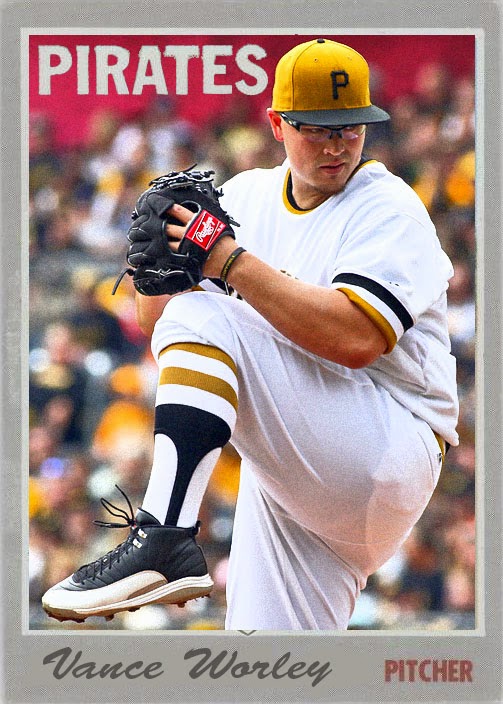 I may be the only Vance Worley super fan, but I can still appreciate him as much as the Pirates fans can for his efforts this fall. He was a mid-season pickup that turned into a nice grab around August and September. 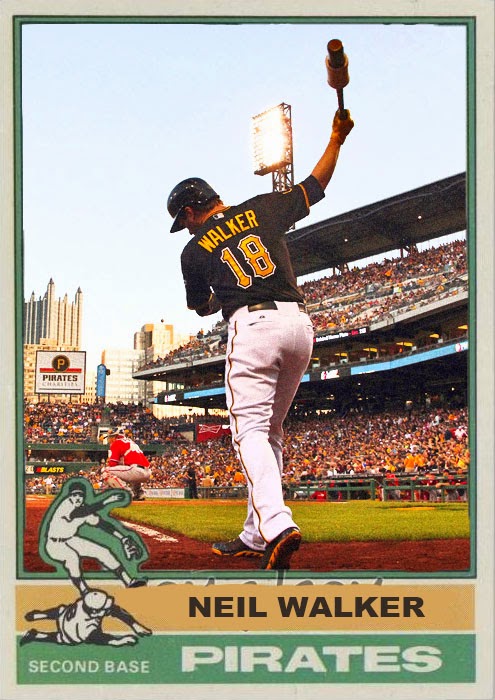 Neil Walker, seen here in one of the few batting practice shots this season, had another nice defensive season. 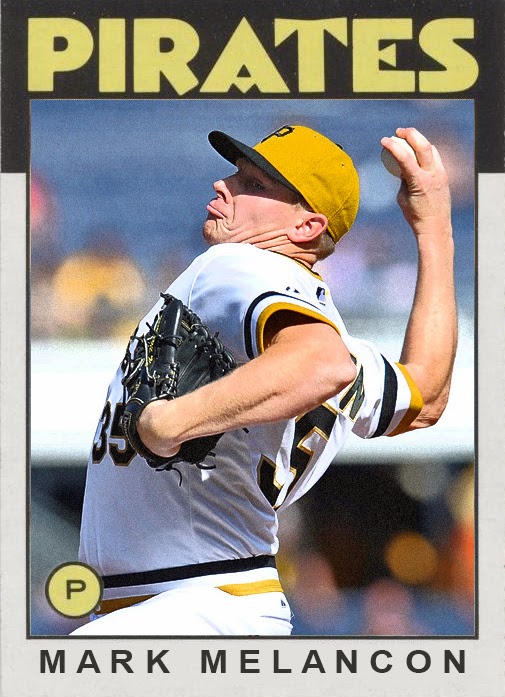 Finally, here's Mark Melancon, whose name I know for certain is not pronounced that simply, stepped into the closer role this year after Jason Grilli flew the coop. Nice job of it, too.

Coming Later: The few Rangers that didn't make Rangers fans want to turn on the Cowboys games this year.
Posted by Jordan at 3:04 PM