When the Guy That Wasn't Supposed to Leave...Leaves 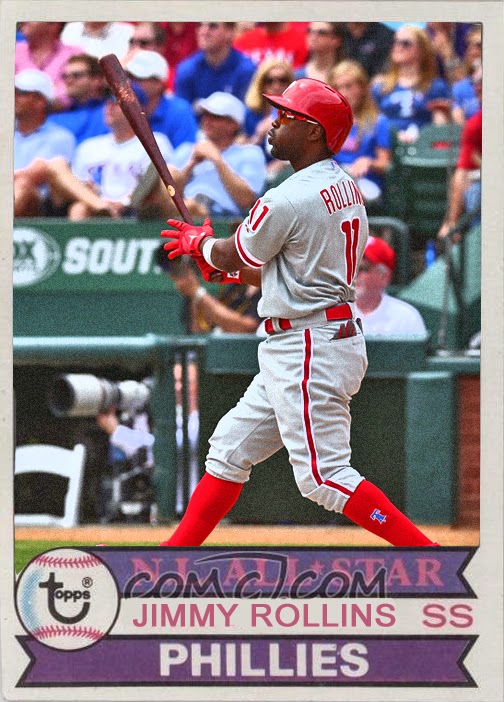 Jimmy Rollins was one of those guys I expected to...not leave. Like, just stay a Philadelphia Phillie for most of his career. He was supposed to be the kind of Cal Ripken type that wasn't supposed to get traded, or not sign somewhere else. A few seasons ago, the plan was for the Mets to sign Rollins, and at the last second he declined the offer and signed back with the Phillies. And we were all worried back there, too. We were seriously convinced that he'd leave. But he didn't.

Well, that bit of suspense was there to warn us, I guess.

I'd be madder about the whole ordeal if the trade sent Rollins to a team like the Cardinals or the Mets. Thankfully, not only is it a team that needs a shortstop, but it's a team, the Dodgers, that I do not hate. As a matter of fact, I really like the Dodgers. I feel like they'll use Rollins well.

It's just...I'm sad that somebody else will have to play shortstop for BOTH of my teams next year. That sucks. No more Jeter, no more Rollins.

I'll live, as will the rest of Philly. It's just gonna suck trying to find someone who plays shortstop as well as #11 did.
Posted by Jordan at 7:20 PM