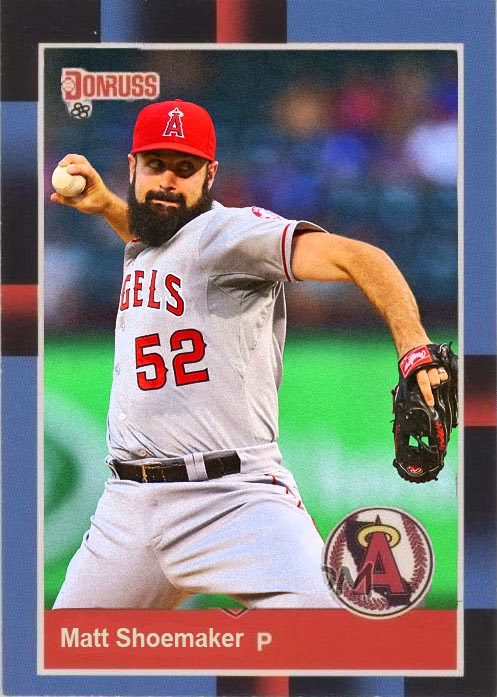 So, if there are any fans of the blog that I haven't lost after my no-post November, they'll remember that every December I commemorate the best stars of baseball that I haven't customized during the season. I used to organize the customs by year, but since that got to frenzied with the addition of non-Topps designs, I do it by team now. But darn it, there got to be too many customs for a lot of teams, so for the guys that have a lot going on, I'll split the post into two.

Also, for the players this year that have made a definite impact on the game, due to their 2014 season,  there may be some second-customs for a lot of people. Like, I already made one during the season, but they were so great this year that I wanted to make another.

So Matt Shoemaker had a terrific rookie season, becoming one of the standouts of the team by August, and pitching into the postseason, as well as rocking some incredible facial hair. 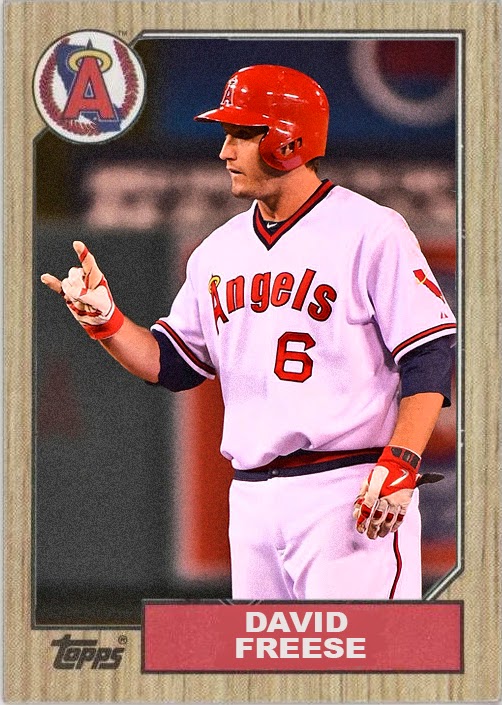 David Freese's first season as an Angel was not as productive as a lot of Angels fans would have preferred. Freese was injured for a little bit, and when he was active, he didn't contribute too much outside of a few hits here and there. 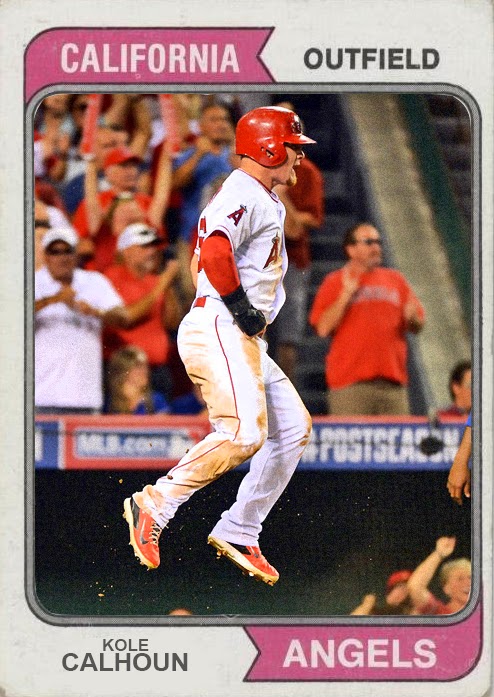 Kole Calhoun was the resident utility outfielder, who came in halfway through the season and became the team's regular right fielder over time, which was nice, even if he didn't match the star power of the guys in center and left. He had a modest season for a guy trying to win a spot. 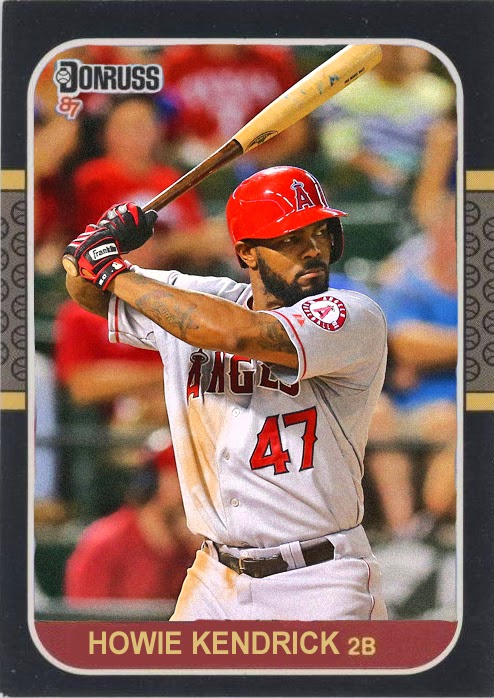 Howie Kendrick had another really nice season without being a league standout. People are calling Kendrick one of the most underrated position players in the game, and I would agree with a lot of those people, as he is a nice little second baseman, without a lot of pomp.

Later today I'll post some more uncustomed Angels.
Posted by Jordan at 10:02 AM