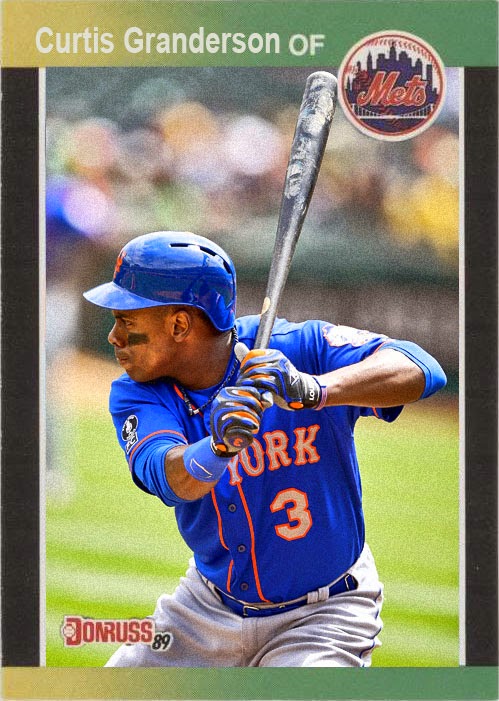 The other day I was at my cousin's house, and he had, on top of his dresser, a bobble head of Curtis Granderson in a Mets' jersey. Still doesn't look natural to me. Robbie Cano in a Mariners' jersey will eventually fit to me, but Grandy will take more time than that.

He's probably going to remain one of my favorites, but hopefully he won't Tartabull out on me. 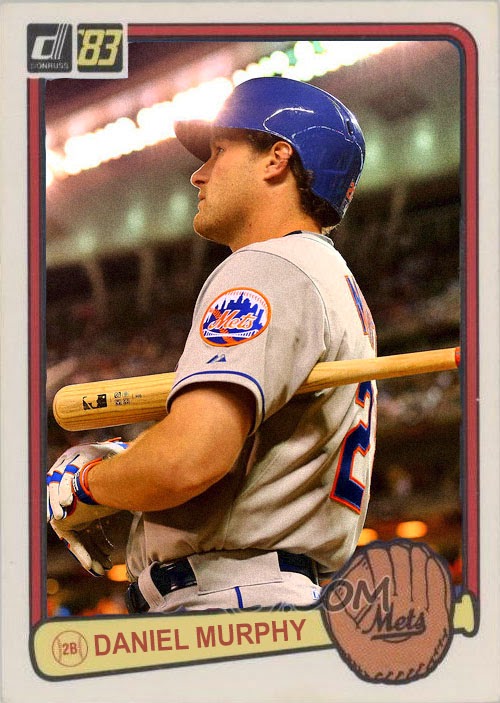 I'd like to thank Sooz for not choosing this picture for any of the Topps Update ASG cards, so I could make an awesome custom card out of it.

Murphy had a really nice season, proving that there can exist star power in Flushing outside of David Wright. With both of them active next year, the team might be a little better. 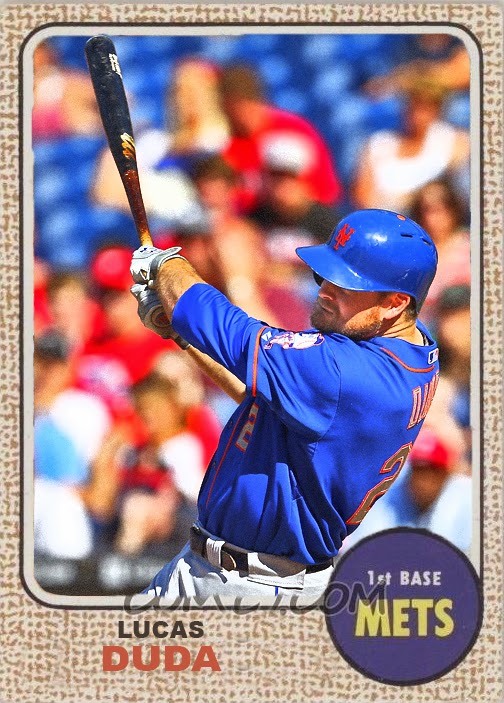 Lucas Duda, as usual, had a nice, hard-hitting season, and is slowly building himself up as a powerful young star in New York.

Coming Tomorrow- Too Many Nationals.
Posted by Jordan at 11:44 PM