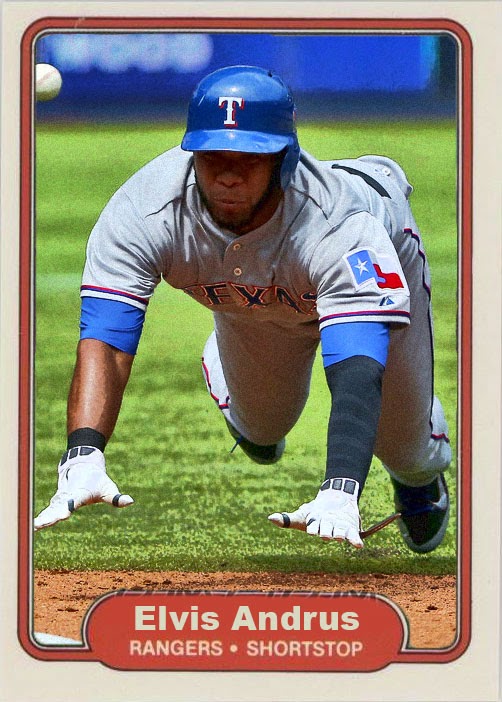 When you pick up two of the biggest stars on the market prior to the season, you don't go in expecting to finish in last in the league. Yet, that is exactly what the Arlington Rangers did.

I'd say it was sad, as it kind of was, but this team was the Yankees' real postseason nemesis the past few years. I don't think anything's justifiable, but it was a bit relaxing that the Rangers had a down season while teams like the Orioles and Royals did well. Of course, the Yankees had a down season as well, but still.

Elvis Andrus, now that every run producer on his team is gone, save for Adrian Beltre, has become one of the more impressive players on the team. He's a nice shortstop, and hits pretty well. 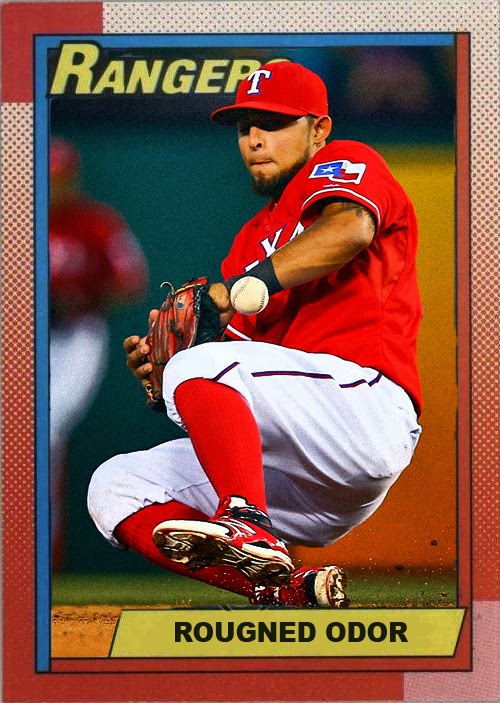 Rougned Odor, aside from having a fantastic baseball name, was one of the roughly three billion mid-season call ups the Rangers relied upon this season. Odor was one of the slightly more reliable ones, becoming a fixture at 2nd base by the end of the season.

Coming Later: The Rays had an alright season, but lost a lot of their huge stars. Their highlights are on the way.
Posted by Jordan at 5:00 PM
Labels: Custom Cards, Elvis Andrus, Rangers, Rougned Odor