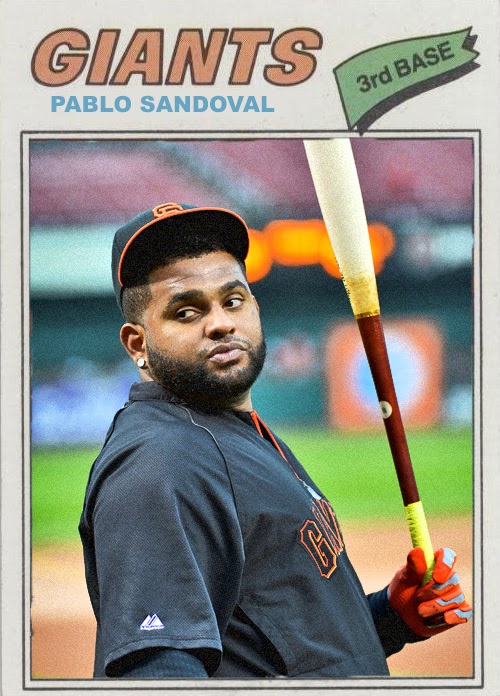 I am really sad that this guy's going to have to wear a Boston Red Sox uniform next year. I don't really want to hate him. He's a likable guy, he's got a hell of a fan base in San Francisco, and he's too lovable to be hated. So I'm not going to enjoy hating him.

I already made a custom of him earlier on this year, but since he had an amazing postseason, I gave him a cooler one. 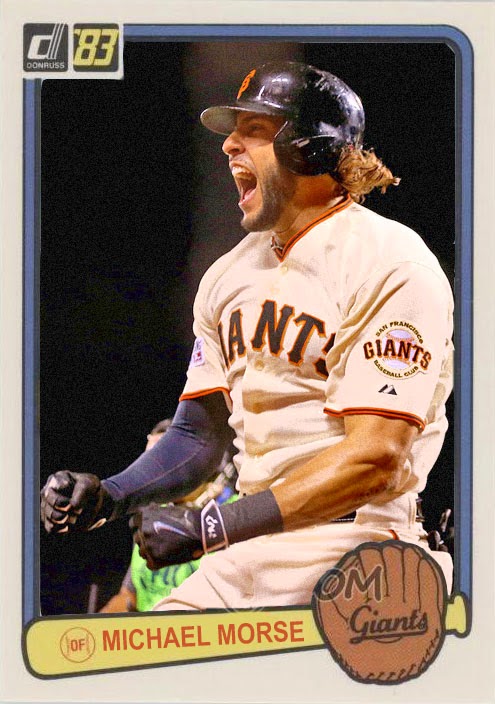 This guy is one of the game's unsung heroes, always coming in at odd places and being a good veteran journeyman guy for various teams to pick up. I was happy he finally got a World Series ring this year with the Giants, and I was happy he had a nice year with them. He just signed with the Marlins today, so hopefully that will lead to good things. 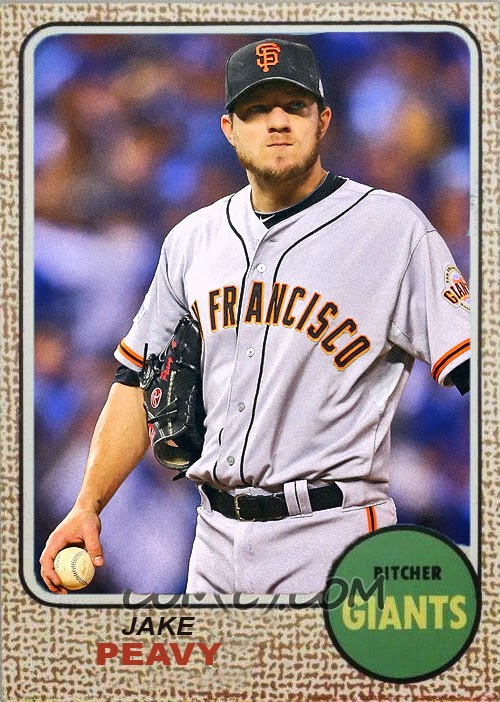 Man, Jake Peavy got extremely lucky that he got picked up by the second World Series winning team in a row this July. Whoever's gonna get him next July better pray for success...unless it's the Cubs.

Coming Tomorrow- The Indians weren't nearly as good as in 2013, but they're still improving. A bunch of catchers premiere tomorrow.
Posted by Jordan at 8:30 PM