Late to the Party: On the Supposed Future San Diego Dynasty 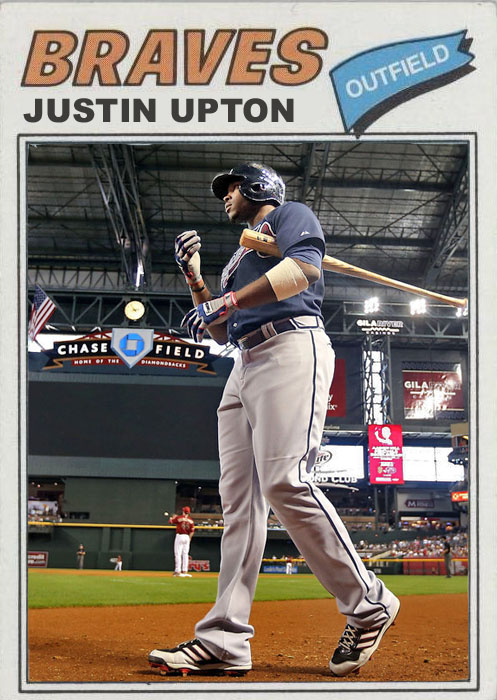 I had a post last week about the three teams that made a killing at the Winter Meetings, the Cubs, Red Sox and Marlins, and how probable it actually was for them to be decent next season. And I stressed the fact that getting a bunch of big stars and huge contracts to beef up your team won't work if they don't fit with what you have already. The Marlins deal is likely going to work, because the Marlins already have a nice, young squad, and the players they acquired are only supplementing this.

The Padres' dealings over the last week or so are in the same vein as the Marlins. However, whether the Padres will be as successful as the Marlins is under question currently.

It helps that, unlike the Cubs, the Padres already have a lot set up. They have a nice pitching staff of Tyson Ross, Ian Kennedy, Andrew Cashner and potentially Josh Johnson again, which, while not an A+ rotation like LA's or Detroit's, is still a servicable rotation, filled with a bunch of pitchers that can pitch pretty damn well. I like the fact that even through these mega-deals that San Diego has been making, the rotation is still basically intact.

In addition, the team also had people like Will Venable, Carlos Quentin, Jedd Gyorko and Seth Smith, who have been around for a few years and know what they're doing, as well as a few prospects like Cory Spangenberg, who are trying to prove themselves. There's a balance, which is rare.

What the Cubs had before the deals was one or two big veteran stars, and a whole host of call-ups that could be hit or miss. The only real veterans on the team are Starlin Castro and Anthony Rizzo. Everyone else is either a rookie or a second-year. The Padres have enough experience, paired with enough potential, that they already had a nice roster before the deals came in.

The deals, if anything, are going to help them become a potentially great team. Derek Norris will be an excellent fit at catcher, and it'll work because they literally just dealt Yasmani Grandal to LA. Justin Upton will be a fantastic fit in the outfield, because he's still in his prime, and he was still playing well last season. Providing that he's better after the injury, Wil Myers could have an impressive renaissiance in San Diego.

The only real question mark here is Matt Kemp, and depending on which of their current outfielders that the Padres trade away, he may not have enough room to make a significant impact. Unfortunately, it's really unclear exactly what Kemp has left, and the Padres made a risky move in trading for him.

As is, however, the Padres have too many outfielders. Upton and Myers are being added to an outfield that includes Will Venable, Seth Smith and Cameron Maybin. Plus, Matt Kemp is still technically in the mix. Unless the Padres do something, there could be a crowded configuration there.

The bottom line is that if everything gets sorted out, I imagine the Padres will do pretty well this season. I don't know if they'll be as good as the Dodgers or Giants, but they could be a solid, surging team in 2015.
Posted by Jordan at 11:53 AM