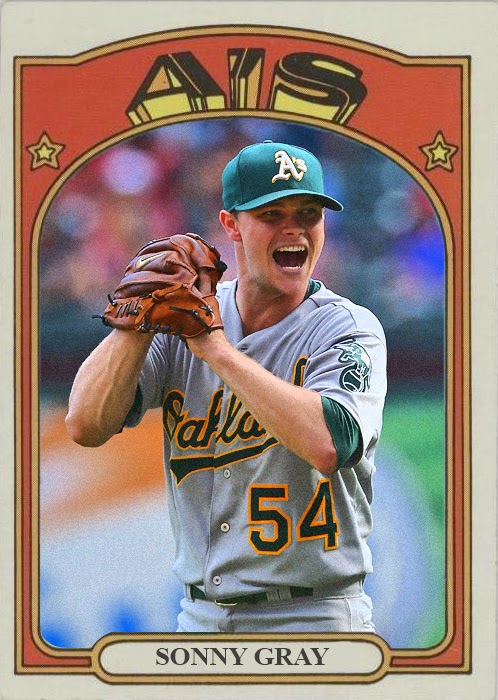 I feel bad for the A's. They went from one of the best teams in baseball to losing the Wild Card, their star outfielder AND their star third baseman. That must hurt a lot.

Thankfully, they still had a pretty nice season. Sonny Gray made a case for the best pitcher on the squad, and he's becoming one of the stronger arms, even in his sophomore season. 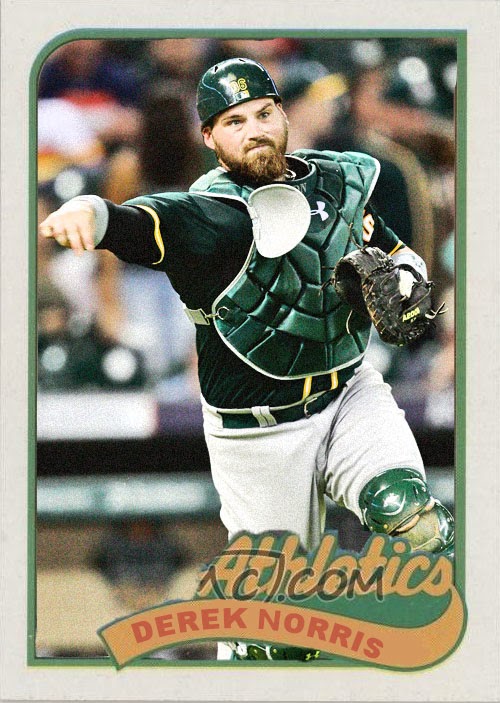 Derek Norris had a really nice All-Star season, finally proving that he can be a great catcher with even better facial hair. If he has seasons like this one, he may get to be one of the best catchers in the league. 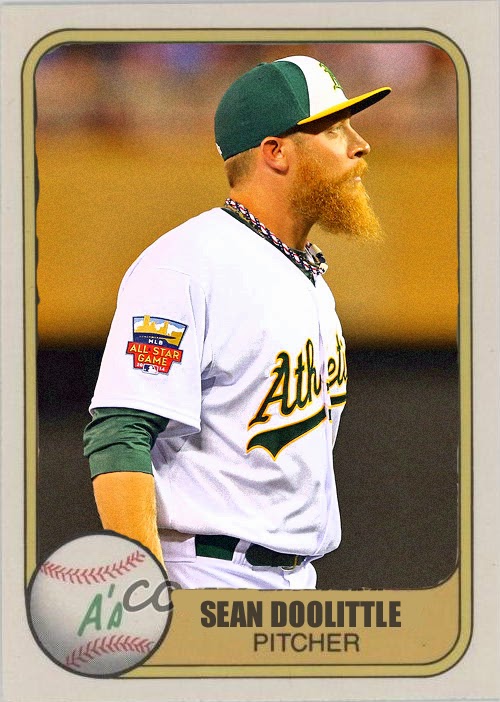 Speaking of facial hair, Sean Doolittle had a pretty nice season as the new closer in town, making me very happy by rendering Jim Johnson obsolete. It sucks that he had an injury towards the end of the season, but he'll probably be back to no good in no time.

Coming Tomorrow- A couple of Blue Jays.
Posted by Jordan at 4:44 PM