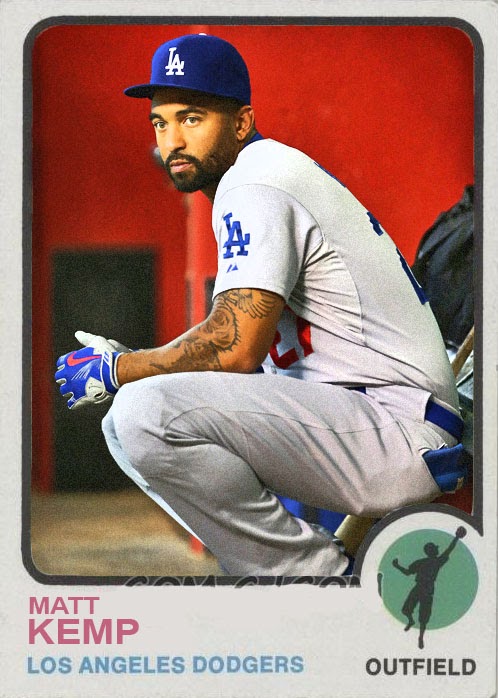 I made a good amount of Dodgers customs a few months back, because I was intent on them advancing in the playoffs. Sadly, that didn't...really...happen, so they were sentenced to my unposted folder. Thankfully, they're seeing the light of day today.

I'm starting with Kemp because he's the big story this week, as he was recently traded to San Diego for another catcher that they didn't especially need. I'll be sad to see Kemp go, but I don't know what he has left in the tank. 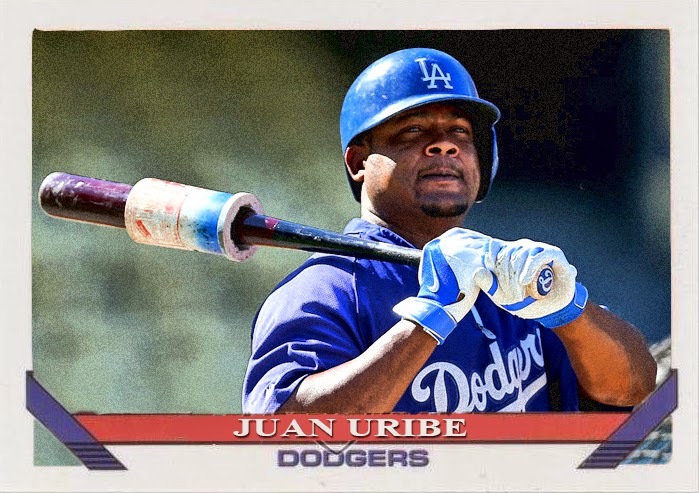 Meanwhile, Juan Uribe had another nice season at third, continuing his ascension as one of the Dodgers' most trusted position players since his arrival in L.A. in 2011. 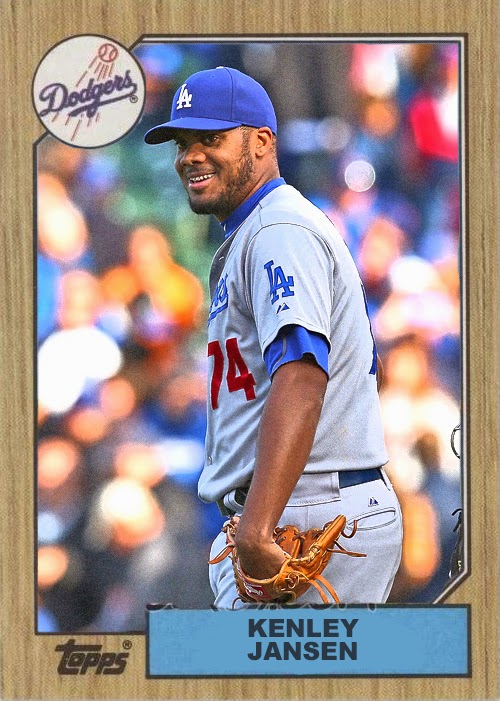 Kenley Jansen was the Dodgers' closer this year, and he did a pretty nice job, landing on the NL closer charts for most of the season, and making the fans forget that Brian Wilson and Chris Perez were even on the roster. Plus, unlike those two, Jansen lacks sufficient facial hair, and that works for him. 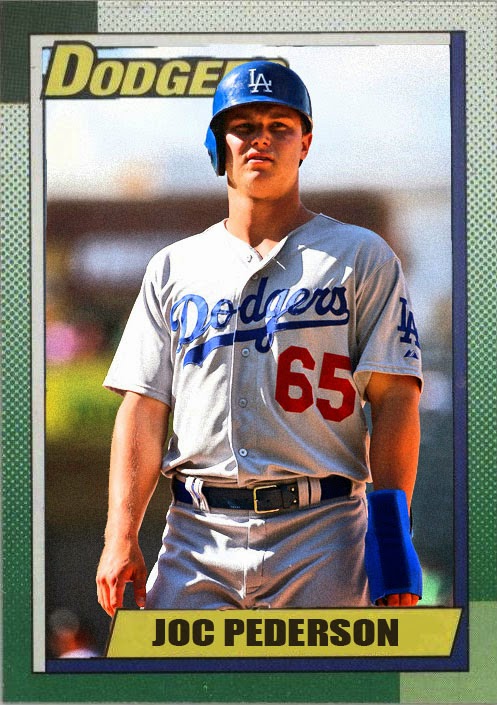 I meant to post this a few days after Joc Pederson's rookie debut, but that didn't happen, due to the playoffs. Pederson will likely get some more playing time due to Matt Kemp's departure, but whether he'll pan out like Yasiel Puig did remains to be seen.

Tonight I'll post the rest.
Posted by Jordan at 3:44 PM