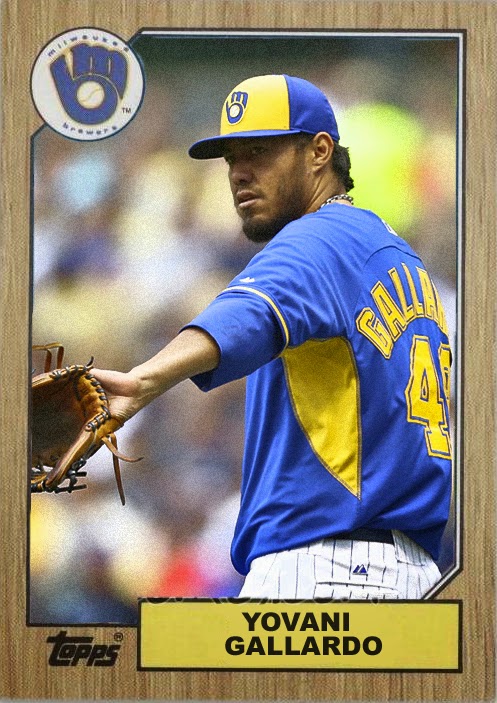 This was one of those years where I actually thought the Brewers were going to take it. And then a funny thing happened. And that funny thing was August.

Okay, I'm here to praise this team, so I should really stop bashing them. Instead, I'll praise these awesome throwback uniforms, like the one that Yovani Gallardo is wearing. Really nice stuff. 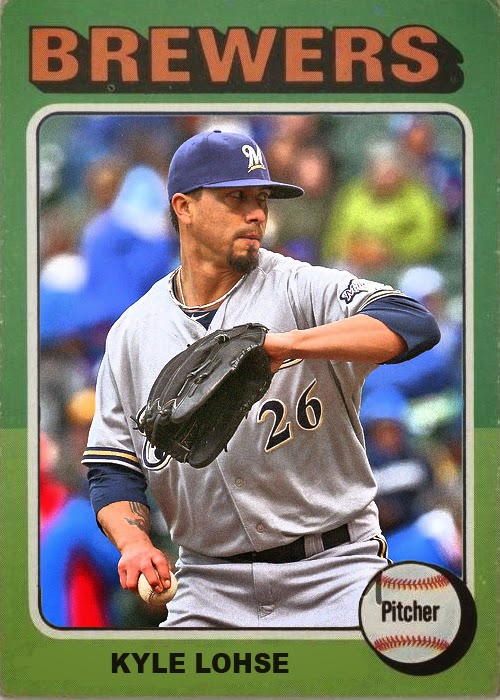 Kyle Lohse is still doing pretty well for the Brewers after being excavated from St. Louis. It's funny...I always forget that Kyle Lohse has been around since the late 90's. Like, he seems like a guy who popped onto the scene recently. But nope. He played for the Twins and Phillies before he played for the Cardinals. 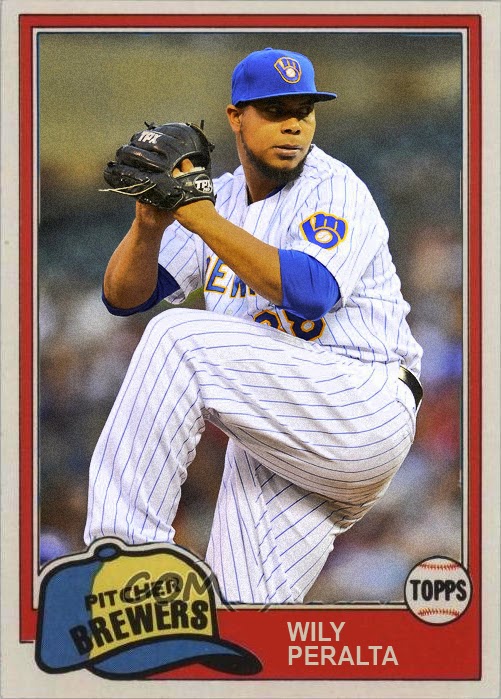 Wily Peralta was a nice young pitcher who did pretty well for my fantasy team. Like Gallardo, he's wearing a pretty cool throwback uniform.

Coming Tomorrow- The St. Louis Cardinals, like usual, got to the NLCS this year. I'll post some cards of them.
Posted by Jordan at 7:02 PM
Labels: Brewers, Custom Cards, Kyle Lohse, Wily Peralta, Yovani Gallardo