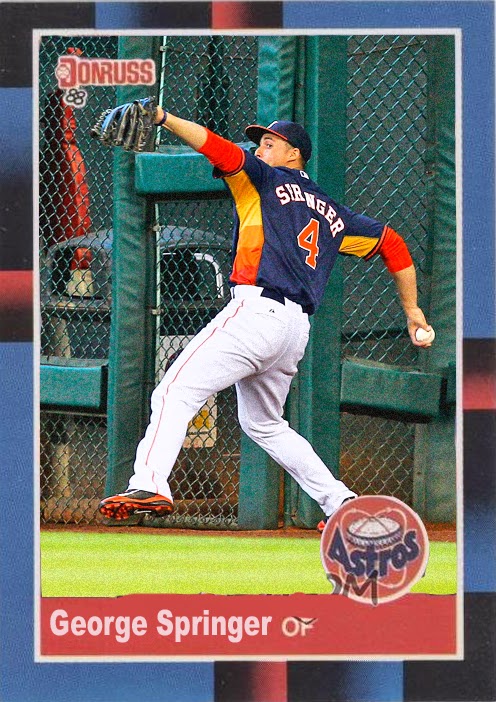 To be fair, the Houston Astros came in fourth this season. Which is a start.

If it weren't for the Rangers, the Astros would probably be last in the league again, and I'm thankful they had some progress this year, especially in terms of their farm system. George Springer was a nice early call up that did some damage throughout the season. He should be a nice player for the next few seasons. 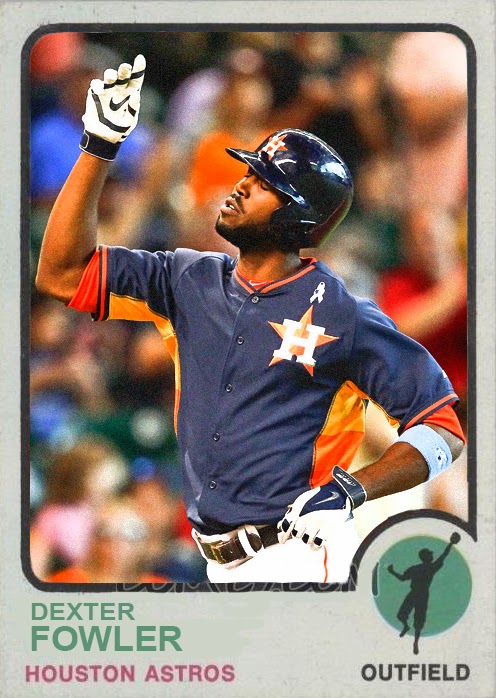 I kind of wish Dexter Fowler had a better year in Houston, as he was a fun player in Colorado, and I was happy when he had a nice start in 2013. It seems like he's on the downslope now, and I hope he has another better season. 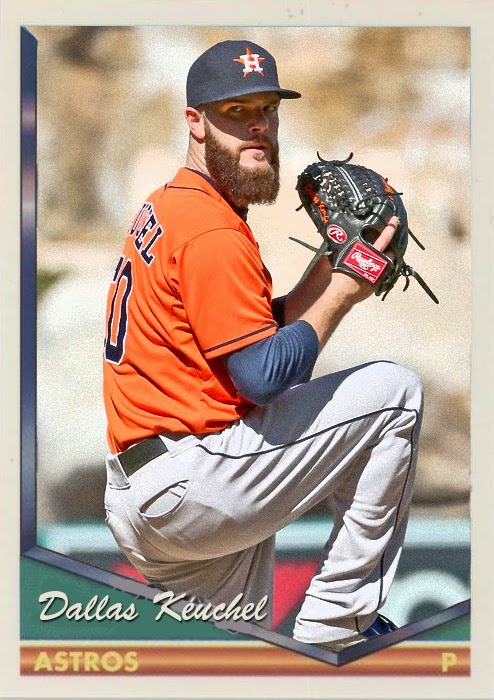 The biggest surprise for the Astros was the emergence of a few arms in the rotation, like Dallas Keuchel, who was a nice arm for them for the first half of the year, before refusing to win a game in the second half.

Coming Tomorrow- Dipping into the surplus of Athletics I made in September, intent on them winning the Wild Card game.
Posted by Jordan at 10:30 AM