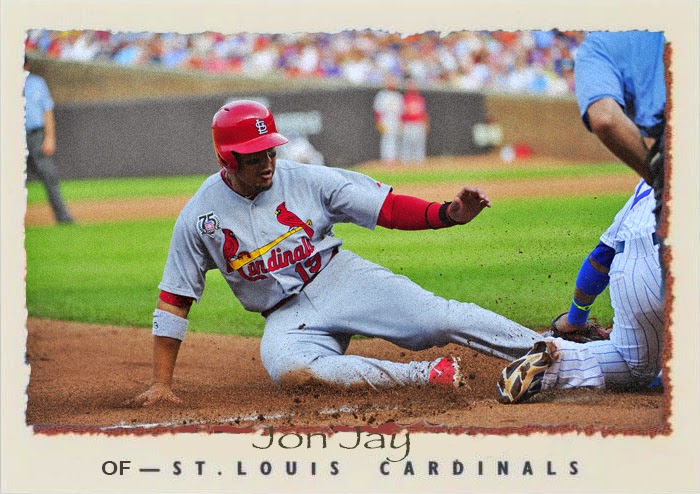 Because somebody up there really, really hates me, the Cardinals had a really nice season this year, and beat the Dodgers to win the NLDS. They would have gotten the NLCS too, had it not been an even year and the Giants' for the taking.

I made a few different customs for the Cardinals. I'll post a few tomorrow as well. Today's batch features Jon Jay, an outfielder who always seems to have some sort of good season. 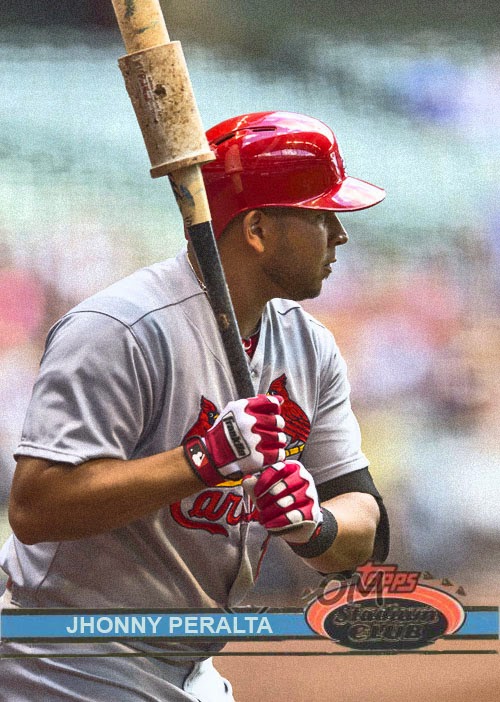 This is a pretty nice one of steroid-allegation-diffuser Jhonny Peralta. You can tell he took steroids, because before he started using them, his name was spelled Johnny. 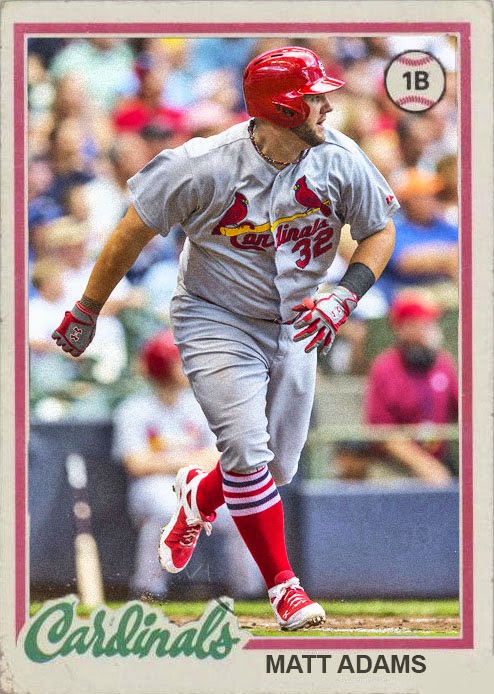 This one I made back in September, and wanted so badly to post, but I couldn't, since the Cardinals lost, thankfully. Matt Adams is becoming a nice player for them, so I'm glad I can post this one. 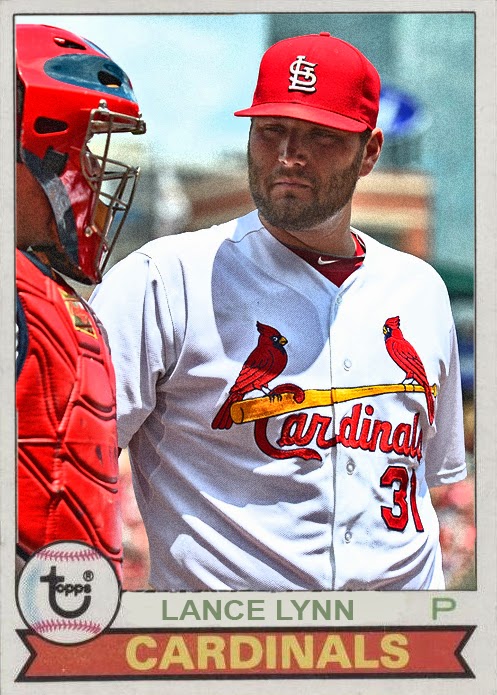 Lance Lynn, one of the stronger pitchers in the St. Louis rotation, talks with (presumably) Yadier Molina.