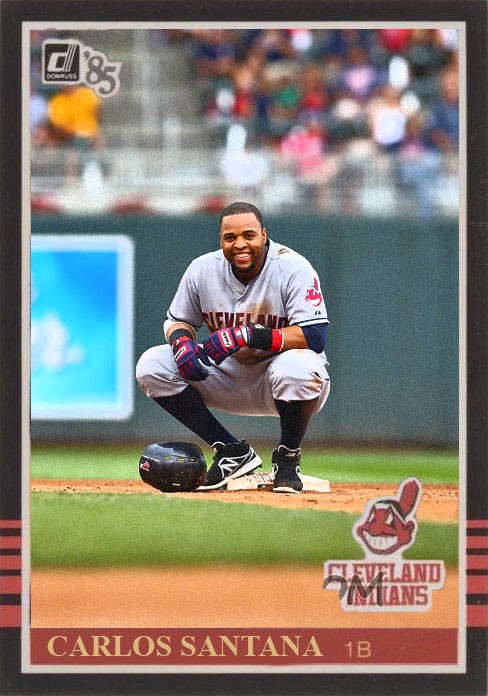 I have all the respect in the world for the Cleveland Indians, in that it absolutely crushes me whenever they have a sub-par season. Of late, they've had a few hit-or-miss seasons, and they definitely have the foundations for a good team there. It's just a tough division when you've got the Tigers, Royals and White Sox hammering it out.

Carlos Santana had a less eventful first season as something other than catcher than the OTHER catcher-turned-1B in the division. He's still one of the longest-tenured Indians, with five seasons under his belt, which says a lot about the youth movement on that team 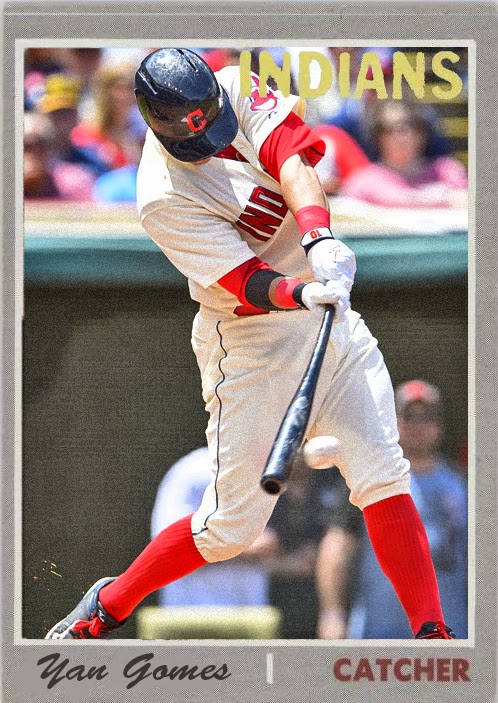 Meanwhile at Santana's old position, Yan Gomes had a breakout season, and proved he could be an everyday starter at the backstop. We'll see if he has a good 2015.

Coming Tonight: A few Mariners.
Posted by Jordan at 12:30 AM