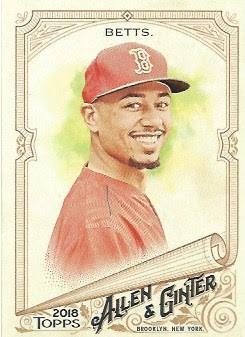 Last Philly Show, I was discouraged.

There were a number of nice things to find, and I did have some very nice takeaways, but I was worried that the niche hobby mentality that I subscribed to was finding itself less and less prevalent at these shows. More people with locker-boxes wanting to sell their goods, and more people selling mojo cards. Last show there were lots of quarter bins, and not a ton of 10 cent bins.

Was this what card shows were going to be now? Is this what the focus was? Chuckleheads with money aspirations with no love for the hobby? Is this where we're going?

The message I got from this weekend's Philly Show was 'not quite'. While there was a lot of emphasis on the big stuff, and while some of the fumes of 'the eBay Collector' were inescapable, I managed to find a great deal of my low-market favorites, and a lot of stuff that fit the snug areas of my collection. No, there wasn't just quarter bins at this show. Think much lower. 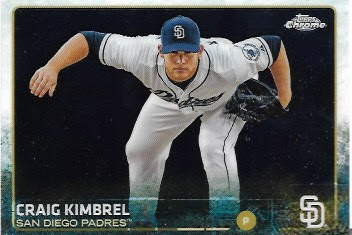 Dealer #1: Quarters Past Ten
Typically when I do these Card Show posts, I like to start with the one that seems the most normal, the most typical for a card show environment. And this quarter bin qualifies. This could have been at any show. Everything for a quarter, mostly newer stuff, lots of what seemed like dissolved player collections of people who were big last decade. Occasionally some unconnected players, like this 2015 Chrome of Craig Kimbrel's world famous lunge in his year on the Padres. 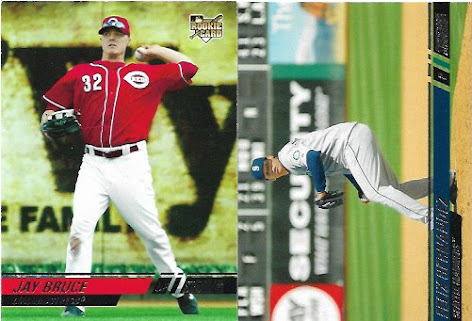 I never find 2008 Stadium Club anymore, so it was nice to find these two. I honestly doubt I'm ever gonna try to chase the set of this one, as it's so infuriatingly difficult to find all of due to the SPs. These two look cool though. 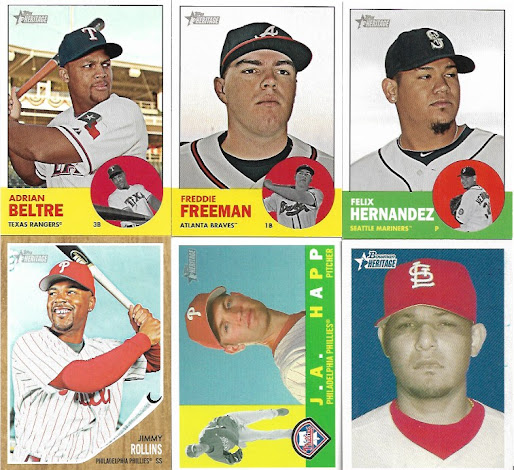 As I said, lots of dissolved player collections. Lots of Beltres, lots of King Felixes. Surprising amount of Heritages.

Occasional inserts. I always try to find those GQ inserts in the wild, and that 2010 Heritage Price insert is pretty damn sharp. 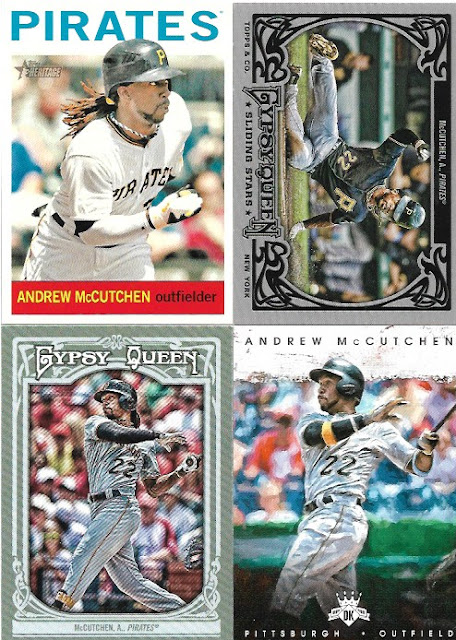 Luckily for me, one of the player collections this dealer had was one of my favorites, Andrew McCutchen, so I snagged a few of his mid-career issues. 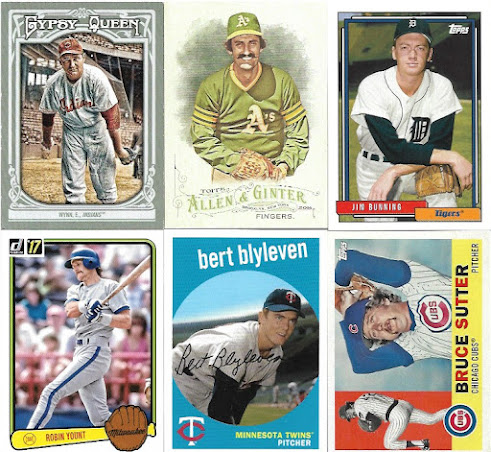 As this is the Philly area, some requisite rookies. Freddy Galvis might be the biggest name of these. Willians Astudillo is the one I had no idea came up as a Phillie [he looks so thin here]. Ken Giles I'm still hoping for a comeback from, he was SHARP with the Phils. 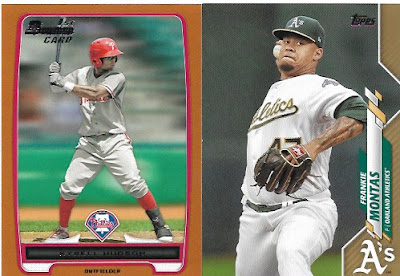 I always look for numbered cards in here, and I found a few. Montas from this 2020 Topps, numbered as such. The other one is a Kyrell Hudson Bowman card, numbered to 250. Hudson never made it, but hey, low-numbered Philly mojo! 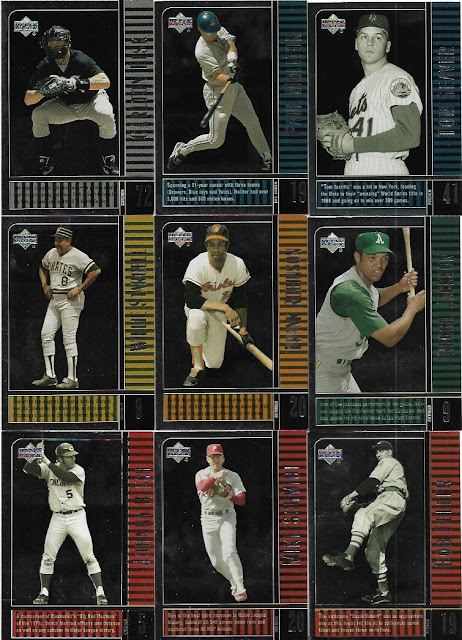 Strangest thing this dealer had was a TON of stuff from 2000 Upper Deck Legends, a set you rarely ever see at all. Good to see cards of Bob Feller, Willie Stargell and, of course, Michael Jack, coming my way here. 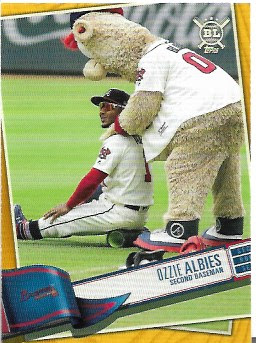 Dealer #2: The Ever-Elusive 8-for-1s
Lots of mishmash with this one. This dealer was an old-timer who made it very clear how much his son was making selling cards on eBay. He had his big ticket items, his buying, and also he had some bins of 8 for a dollar stuff, which is where I obviously ended up. A lot of very recent stuff, as well as some older, 2000s era randomness, which I of course appreciated.
How had I eluded this card of Blooper massaging Ozzie Albies in the outfield? 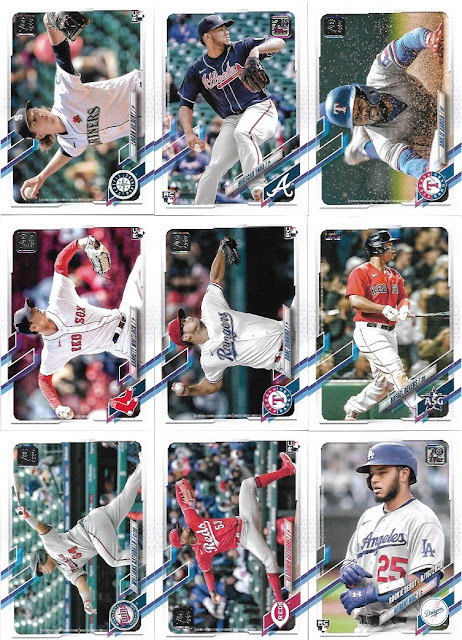 The most appreciated bit for me- lots of 2021 Update. IDK how much more I'm gonna buy off the rack of this stuff, so it's nice that he had some commons I was looking for. This isn't even all of it. That Adolis is a beauty. 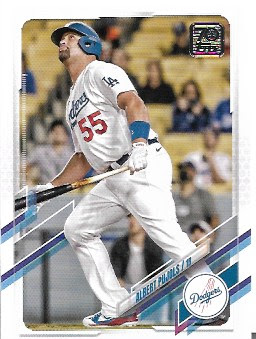 It also included a soon-to-be-legendary card of Albert Pujols as a Dodger, which I'm glad I have. 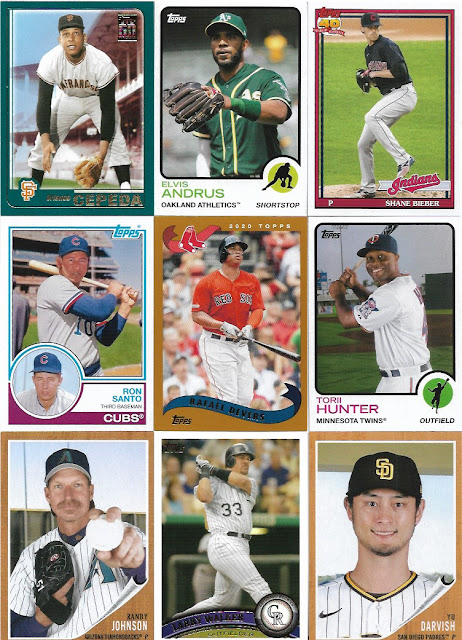 I also appreciated the glut of 2021 Archives this guy had. As I've said, I'm not collecting the set, but I am collecting as many cool base stuff as I can find from it. I also threw in a 2020 Devers, cause I don't think I had one for the regular collection yet.

This set gets some brownie points for actually including traded players in new uniforms. Even if one of them has already moved onto another team by this point. 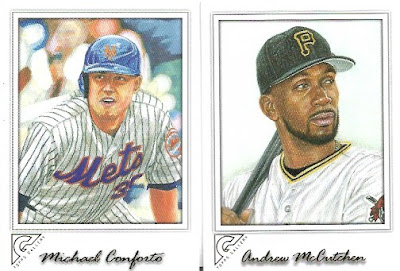 Every so often I find 2017 Gallery cards I don't have. And I keep thinking I've exhausted the set.

It's not quite prospecting if they've made the majors and are supposed to be good. Welker needs some MLB time to prove himself, but I'm already convinced that Oneil Cruz and Shane Baz are gonna be HUUUGE. 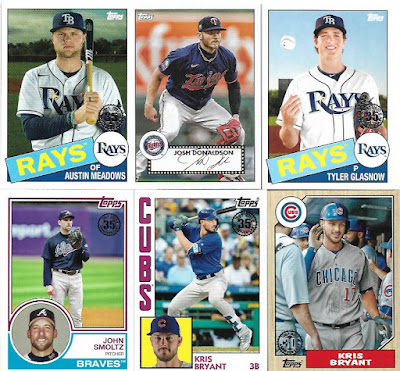 I always end up chasing these throwback set inserts Topps does, cause they're easy crowd pleasers. I also like the Target exclusive ones from this year. Didn't expect to find multiple Bryants. 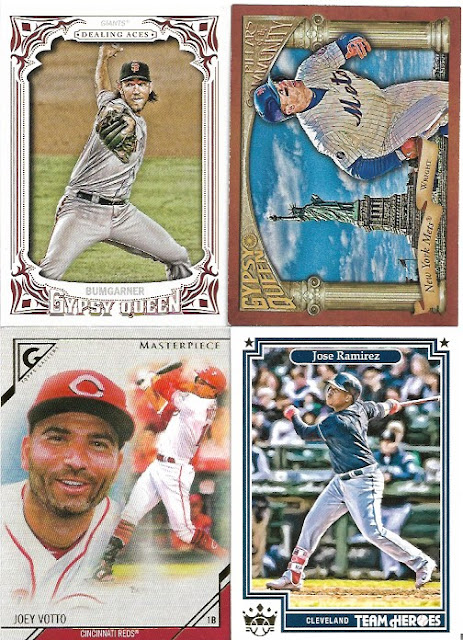 Some cool inserts. That Pillars of the Community Wright is pretty sharp. 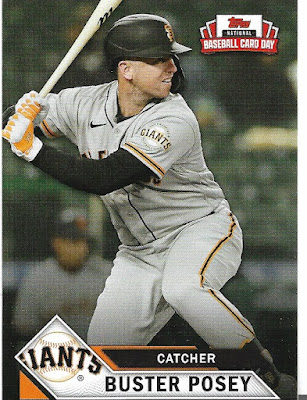 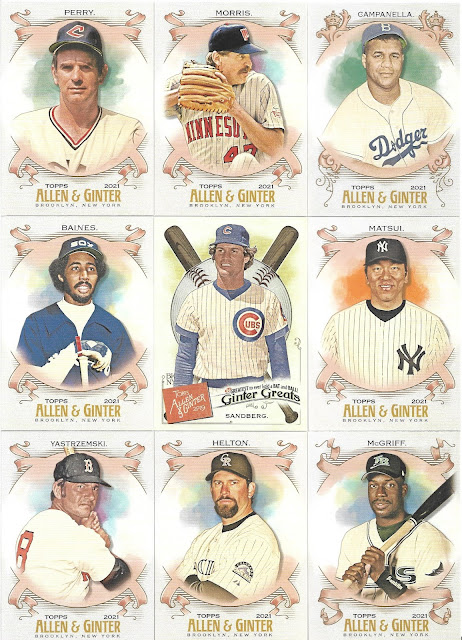 I've always enjoyed Allen and Ginter's retired player selection, and hadn't really been introduced to this year's set yet, so I got a bunch. Perry, Morris and Campy are great selections. And hey, another Rays Fred McGriff card! Not complaining at all! 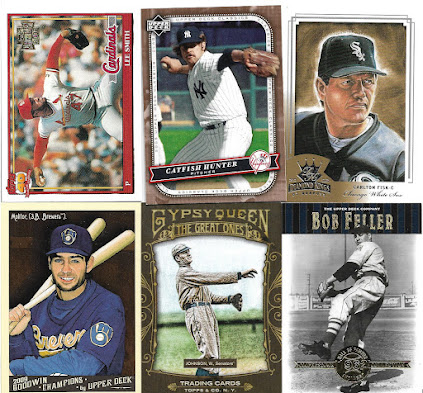 A few from 2003 Gallery Retired, with an always-welcome Irvin and some Oakland mustaches.

Again, cheap numbered cards always work for me. Gibby's a Phillie now, he works especially well. O-Hud was always a funny player. And...you never see UNNUMBERED Arthur Rhodes cards much anymore, let alone numbered ones.
All in all a decent dealer, and some good bins. Tomorrow I'll uncover the even cooler stuff. Including, yes, the return of a certain bin variable that I may have raved about at a past Philly Show.
Posted by Jordan at 11:11 PM
Labels: Card Show