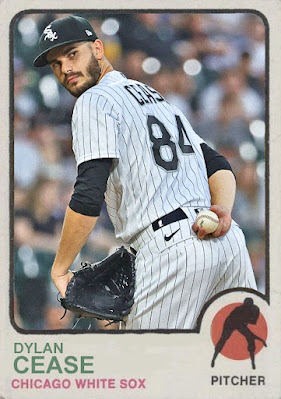 What really happened with the White Sox this year is that even if they had an incredibly strong start, and were a favorite of many people watching the AL postseason race, they just weren't as good as the Rays, Astros or Red Sox. It was something we all kinda knew was gonna happen, but didn't want to, cause they were the most likable team in the race. Just fun stories, great players, a hell of a youth movement, and a lot of great seasons, plus the whole 'defy LaRussa' thread. But alas, taken out by Houston easily. One wonders if the outcome would have been the same if a certain DH that took the league by storm in April were on the roster.
The real signal that this was a great season for the White Sox is the fact that Dylan Cease had such a great season and I'm just now getting to make a custom of him. Cease had the most starts of anyone in the Sox rotation, led the team in wins with 13 [tied with Carlos Rodon], and led the team in strikeouts with 226, 25 more than even Lucas Giolito! And at 25, he's prime for more even better years.
2022 Prediction: An All Star nomination, another 200+ strikeout year, and a big postseason moment. 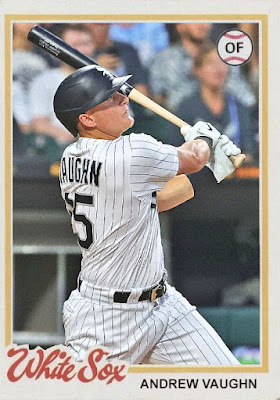 A fun rookie that came onto the scene after, you know, Yermin got booted, was Andrew Vaughn, the outfield bat that had a pretty nice go at things, with 15 homers and 48 RBIs in 127 games. Though his defensive skills leave a bit to be desired, he's a strong force at the plate, and could be a big piece of future Sox teams.
2022 Prediction: Starting DH, 30 homers, Jim Thome comparisons. 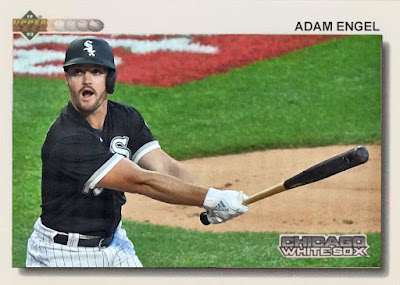 With two different outfielders missing time with injuries, and the third, Adam Eaton, being booted after 58 games, the White Sox tried a ton of replacement plans in the interim. The sturdiest one was Adam Engel, who's still a great defensive outfielder, and hit .252 with 7 homers and 18 RBIs. Yes, Engel seems to have accepted his role as a backup outfielder, but he's still a nice upgrade when that happens.
2022 Prediction: A similar role, with possibly even more offensive upside to boost his case for free agency. 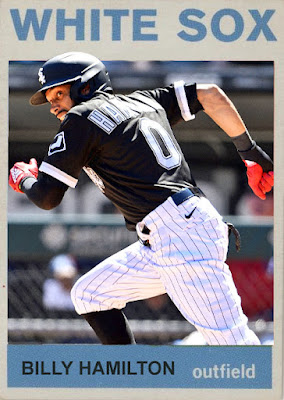 After getting cut by the Guardians, Billy Hamilton signed a minor league deal with the White Sox, and was called up once Jimenez and Robert were out. Hamilton had something of a comeback year, with 71 games, 28 hits and 9 steals. Not quite peak Hamilton, but it was nice to see him utilized fuller.
2022 Prediction: More bench/utility work. 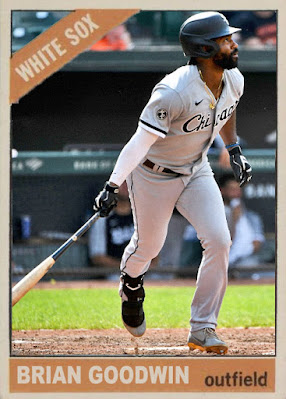 Playing a bigger role in the outfield quest was Brian Goodwin, a year after splitting between the Angels and Reds. In 72 games, Goodwin hit .221 with 29 RBIs and 8 homers. Probably one of the more accomplished replacement options before Jimenez's return.
2022 Prediction: Minor league deal, maybe some brief majors time. 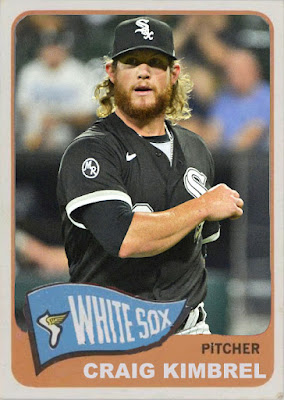 As for the deadline deals, the big one was Craig Kimbrel, switching sides of Chicago to setup Liam Hendriks. Kimbrel, as he was landing in Chicago a few years ago, had a shaky acclimation period, with a 5.09 ERA, despite 36 Ks and a save in 24 appearances.
2022 Prediction: Embracing middle relief, though the second Hendriks's magic wears off, you know he's jumping into the ninth. 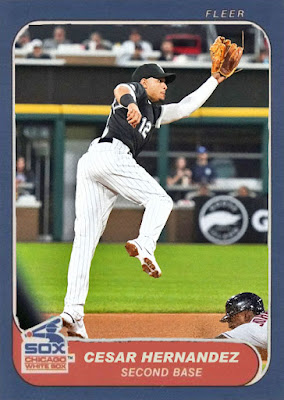 And as an upgrade from Leury Garcia, the Sox traded for Cesar Hernandez, who at least gave them some good power numbers, 45 hits and 15 RBIs in 53 games. He's not quite the defender he was, and he's striking out a bit, but he was a cool little upgrade. Not quite a playoff-ready piece, though, though he did have some nice hits against the Astros.
2022 Prediction: A modest, quiet success in Washington.
Tomorrow, finally, we take a look at some 2021 Yankees.
Posted by Jordan at 9:01 AM