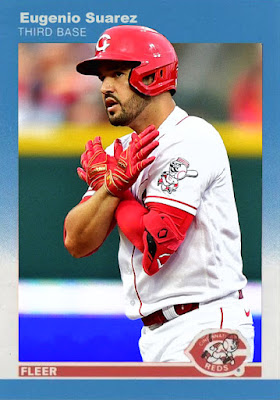 I hope you're all happy and healthy this Christmas Eve, or as much as can be attained in these times. I wish there was more baseball goings-on, but everybody wants money.

As usual for Christmas Eve 'round these parts, we examine the Cincinnati Reds, who continue to be one of the most fun teams that can never quite land a competitive season. 2021 was just another in a long line of years where good baseball things happened, good players emerged, and a core was cemented, but because the Cardinals just backed into the playoffs at the right time, nothing came of it.

This was also another blah season from Eugenio Suarez after his excellent plate work in 2018 and 2019. Suarez only hit .198 with 100 hits and 179 strikeouts. As a power hitter, he still had 79 Ks and 31 homers, but there is a more dignified way to do that. Now Geno's a liability both in the field and at the plate, and unless he somehow turns it around, he's gonna be stopping progress as it tries to build in Cincinnati.
2022 Prediction: His average is going to go up slightly. Not full contact, but he's not gonna be below the Mendoza line either. He'll be doing a little better...and then he's gonna get injured. And that's how Nick Senzel finds his way back into starting. 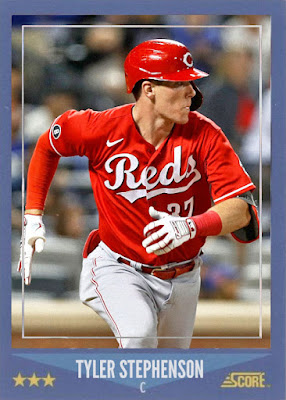 I was worried that Tyler Stephenson was gonna be another great young player without a real window to the lineup, like Aquino, but since Tucker Barnhart's catching in Detroit next year, he's got the catching position all to himself. This season was a much fuller effort from the young backstop, and in 132 games, mostly backing up Barnhart and jumping in at 1st, he hit .286 with 45 RBIs and 10 homers, plus 100 hits, same as Suarez got with 155 more at-bats. Stephenson was a much-needed young presence that looks to have a hold on the next few years of the team.
2022 Prediction: Makes an all-star team. Becomes a higher-tier star for the Reds. 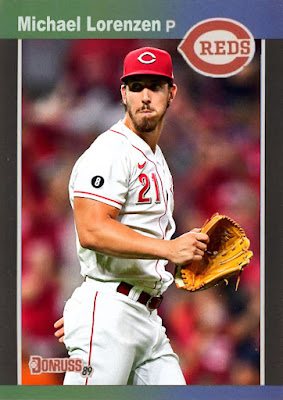 Due to injury recovery, Michael Lorenzen only pitched in 27 games this year, and had a hard time of it, with a 5.59 ERA and only 21 Ks in that space. Even sadder, Lorenzen struck out in his only plate appearance of the season. It was an unfortunate down final season in Cincinnati for the longtime favorite.
2022 Prediction: A reunion with his former battery-mate Raisel Iglesias, and a much more balanced rotation, is gonna get a better season out of Lorenzen. Less at-bats, yes, but more production. 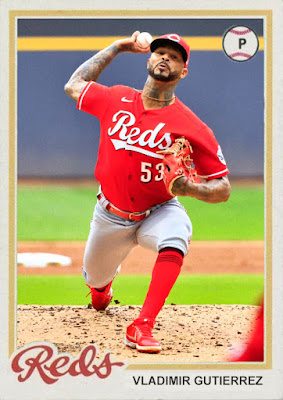 Behind Tyler Mahle, Wade Miley, Sonny Gray and Luis Castillo was Vladimir Gutierrez, a 25-year-old rookie who started 22 games for the Reds this year. He did bring up the rear of the group with a 4.74 ERA, but still notched 88 Ks and had 9 wins in that time.
2022 Prediction: Gutierrez is going to move up in the rotation as one more big gun moves, and he's going to find his footing in the majors. I see a very crucial shutout down the stretch coming at this guy's hand. 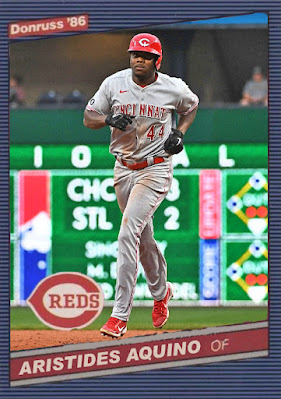 Okay, The Punisher in 2021. Aristides Aquino still hasn't reached the heights of his 2019 come-up, and is still begging for at-bats behind the stronghold outfield. In 84 games this year, Aquino hit .190 with 10 homers, 33 hits and 75 strikeouts. Not good at all.
2022 Prediction: The Reds give up on him and he becomes a bench player in a milder market. I still think Pittsburgh. 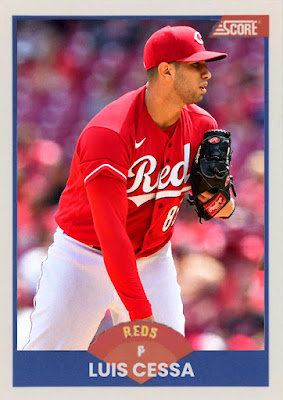 The Reds made some very smart deadline moves, especially in helping their bullpen. They first managed to shake Luis Cessa and Justin Wilson out of New York. Cessa had the better season, with a 2.04 ERA in 26 innings, with 23 Ks and only 6 earned runs.
2022 Prediction: Bit more of a background year, with nothing too flashy. Still good, though. 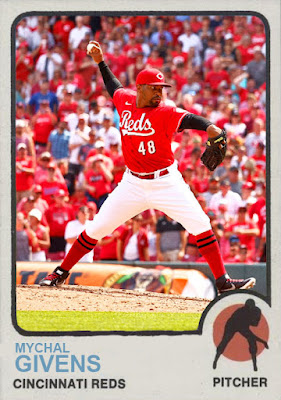 And then, in a bullpen where nobody was really the designated closer, Mychal Givens swung in from Denver and took the ninth, notching 8 saves in 23 games with a 4.22 ERA. Not perfect, and a few blown ones, but he gave this team stability in the ninth for the first time since Raisel Iglesias's departure. Which helps.
2022 Prediction: I think Texas signs him, they need bullpen help. 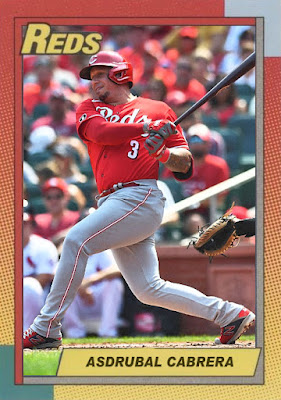 And then, after a really nice season in Phoenix, Asdrubal Cabrera was waived by the Reds. Three years earlier, the Philadelphia Phillies got great stats from waiving Cabrera late in the season. This year, though, in 20 games and 26 at-bats, Cabrera only mustered 2 hits and 2 RBIs. Not exactly what was expected of him.
2022 Prediction: His first 2/3rds of the season tells me he's not quite done yet. I say he signs somewhere on a minor league deal and surprises them.

Tomorrow, no posts, as it's Christmas, but the day after I'll have some Rockies for you.