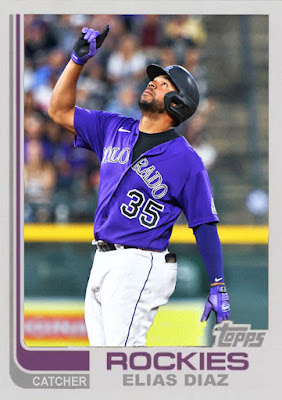 I don't have a ton of Colorado Rockies today, because their season was kind of unassuming, without much to write about. Yes, this may be the last great Denver season for Trevor Story, and you saw definite new youngsters come about, but...in a highly-contested NL West, the Rox never really registered above a 'hm' for most fans.
Pundits saw Dom Nunez, a homegrown catching prospect, taking the backstop this year in Tony Wolters' absence, but the position ended up going to former Pittsburgh backup Elias Diaz. Diaz did fairly well in a full season of catching, hitting .246 with 18 homers and 44 RBIs, and delivering the sixth-highest WAR on the team. The Rockies, in response, signed Diaz for 3 more years.
2022 Prediction: More solid work, with slightly increased power numbers. 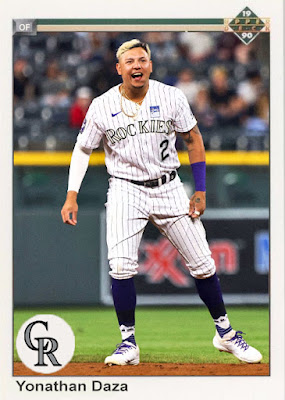 A big help in the outfield this year was Yonathan Daza, who had some excellent defensive numbers and got along well with Raimel Tapia, along with hitting .282 with 85 hits.
2022 Prediction: As Hampson swings to the infield, Daza's case as an everyday outfielder will grow, and will be cemented by some unlucky injuries. 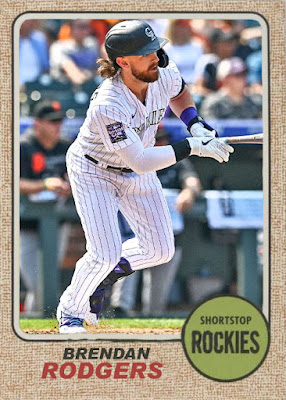 The biggest indication that the Rockies are gonna be alright without Trevor Story is Brendan Rodgers' season. Rodgers took his reps at 2nd this year, but hit .285 with 110 hits, 51 RBIs and 15 homers in 102 games, some very nice numbers. As I reckon McMahon will return to 2nd, Rodgers seems to have shortstop open for him.
2022 Prediction: A star making season, complete with an ASG nod and MVP votes. 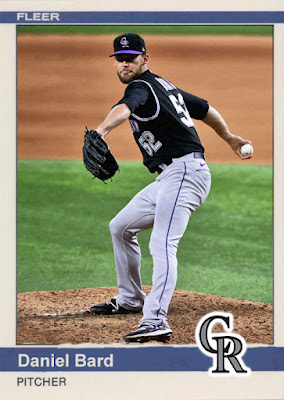 And after his much-applauded comeback year last year, Daniel Bard did modestly enough among the same circumstances. His ERA was larger, a 5.21, but he still had 80 strikeouts and 20 saves, and while he was a little shakier than before, he made the most of the new responsibility.
2022 Prediction: The novelty will have worn off by next year, so hopefully some more consistency. If not, someone else will be waiting in the wings.
Tomorrow, some extras from an intriguing but ineffective Royals team.