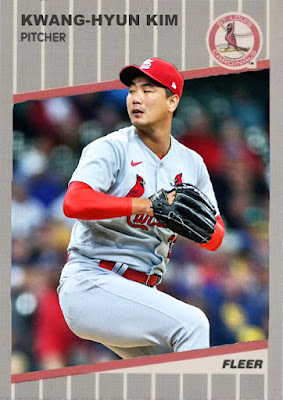 I've just resigned myself to the fact that the Cardinals are going to make the playoffs every season regardless of whether or not they deserve to. You all can point out the hypocrisy of me as a Yankee fan saying that about the Cardinals in the comments if you'd like. Or maybe don't because I'm pointing it out right now.
I would call this a very okay year for the Cardinals. The outfield finally works, hot damn. The pitching needed a lot of help. Some of the veterans are failing them. Adam Wainwright isn't. They made the playoffs but got bounced by the Dodgers. It was always gonna be some level of heartbreak.
Perhaps the best year of anybody I didn't customize during the season was from Kwang-Hyun Kim. In his second season in the US, Kim had more of a stronghold on the rotation [due to a lot of injuries], starting 21 games, and walking away with a 3.46 ERA and 80 Ks. Along with Wainwright, he was one of the more consistent starting weapons the Cardinals deployed.
2022 Prediction: A few steps downward with a stronger rotation, but will still be utilized properly. 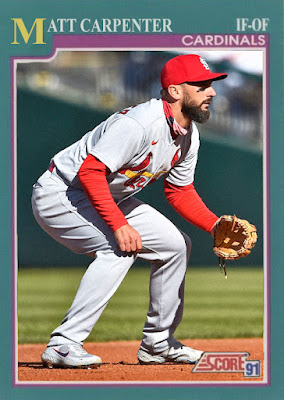 Matt Carpenter hasn't had a good season since his hair-raising power year in 2018. Ever since he's just been slowly reverting to a normal 30something in the infield. This season, Carpenter's descent into mehness continued with a .169 year in 130 games, mostly off the bench. Only 35 hits and 21 RBIs in that time. The Cardinals have not picked Carpenter up for 2022. Wisely, I might add.
2022 Prediction: If anyone signs him, his role will be extremely limited. 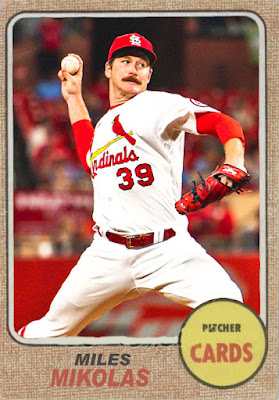 Speaking of limited, after a few years of injuries, Miles Mikolas made something of a return to the mound this season, starting 9 games with a 4.23 ERA. Mikolas needs a full season in order to convince me that he still has his 2018 numbers handy, but in another scattered year for the Cardinals rotation he was something of a letdown.
2022 Prediction: In a make or break season, Mikolas has his best season to date. Or...he breaks something else. 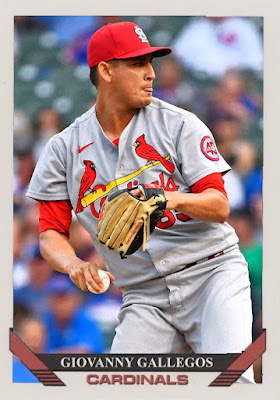 This year's chief relief specialist was Giovanny Gallegos, who fared better than that hitter fella he was traded for with some consistency in middle relief, a 3.02 ERA, 95 Ks and 14 saves in support of Alex Reyes. Not quite as big as his 2019 season, but still something to get behind.
2022 Prediction: More of the same, and perhaps more saves if Reyes gets injured. 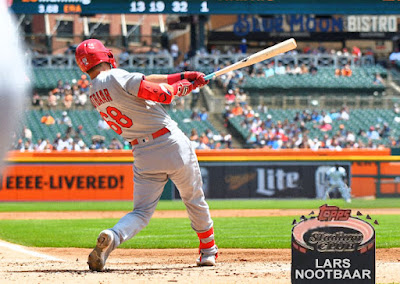 The big rookie call-up was this fella by the name of Lars Nootbaar. Prospectors certainly haven't forgotten that name. In 58 games as a right field backup, Nootbaar did alright, hitting .239 with 15 RBIs and 5 homers. The trick is gonna be whether or not he has any room in that outfield, considering how cemented the Bader-O'Neill-Carlson setup seems to be now.
2022 Prediction: In July, the Cardinals are going to make a big move for a starting pitcher. Nootbaar will be the biggest piece of the return. I don't think he has room to become a star in St. Louis. It'll have to happen somewhere else. 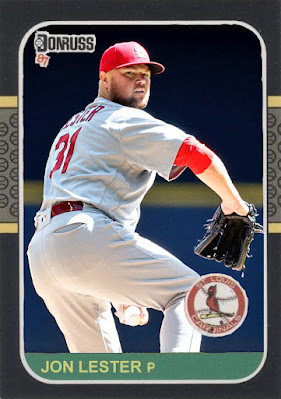 And now the trade deadline returns. Jon Lester's deal went similarly to how I think Nootbaar's will go- a starting pitcher in exchange for an outfield prospect that has no room to flourish. Lane Thomas had a bang-up end of the year in Washington, and Lester's last two months...well, they went well enough. Lester's not what he was in Boston or Chicago, and he knows that. But he still went 4-1 with a 4.26 ERA and 40 Ks in 12 games, which isn't bad at all.
2022 Prediction: A low market team will sign him, and he'll retire with dignity. 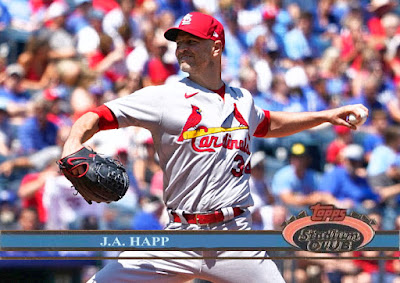 Even stranger was J.A. Happ's ascent after his subpar Twins run. Upon arriving in St. Louis, Happ reached the heights of his recent successes, and had a 4 ERA with 5 wins and 45 Ks in 11 games. Happ went all of August without allowing more than 2 earned runs in a game, and struck out 8 Pirates in 6 innings in an August 21st loss.
2022 Prediction: Will be an unexpected threat for a contender. Like Lester, I think he's done after next year.
Tomorrow, some last summations on a tumultuous Cubs year.
Posted by Jordan at 10:58 AM