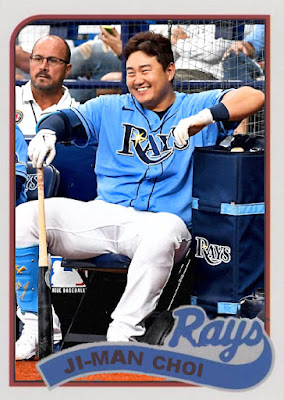 Kinda thought the Rays would be making another World Series this year. Red Sox had other plans.

The Rays did a ton right this year. They had a consistent run of things and waited for the Sox to drop out to get even stronger. As usual, their GM made the biggest moves this year, dropping Willy Adames to make way for Wander Franco and strengthening the bullpen.

Like usual, the Rays had a ton of characters bobbing around and performing accordingly. Ji-Man Choi was injured for a lot of 2021, but he still had some decent power numbers, hitting 11 homers and 43 RBIs in 83 games. He still rakes, but he's not quite as indispensable as he was in 2019.
2022 Prediction: Takes 1st base back, and does alright, but eventually loses the position to someone younger. 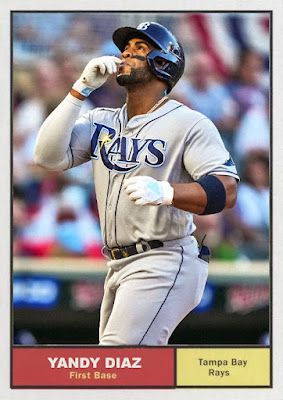 In Choi's absence, most reps at 1st went to Yandy Diaz, who'd usually be covering third if not for Joey Wendle. Diaz had a solid, if unspectacular, year, hitting .256 with 119 hits, 64 RBIs and 13 homers. He's become a pretty steady switch-infield guy, but he hasn't had huge numbers in a bit.
2022 Prediction: With Vidal Brujan on his toes, Diaz needs to have a nice season to keep third, and I predict he'll have a massive improvement that'll put eyes on him during the offseason. 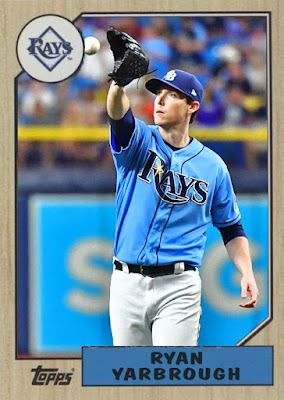 With Glasnow and Chirinos hurt, Morton and Snell gone, and Archer hella inconsistent, one of the few trusted starters the Rays went into the season with was Ryan Yarbrough. That said, his season was a bit of a disappointment, as he sported a 5.11 ERA in 30 games, only 21 of them starts. He did have 9 wins and 117 Ks, but as McClanahan and others were rising, he wasn't staying with them, hence the move to the pen.
2022 Prediction: Stays in the rotation, has a modest improvement, but with Patino and McClanahan rising, I think he'll be one of the lower-key names in the rotation, and may be moved eventually. 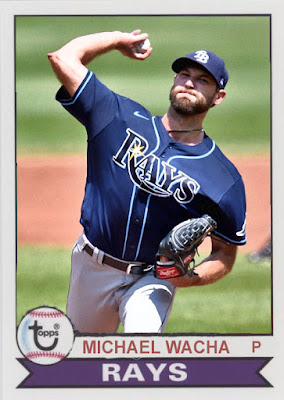 After a disappointing year in New York, Michael Wacha tried Tampa for his next chance at recapturing his Cardinals numbers. His numbers don't show how sneakily on-point he could be when he could- a 3-5 record and a 5.05 ERA in 23 starts, but he only gave up 4 earned runs against the Yankees the whole year, with a 1.66 ERA over 5 appearances, his best record against a division rival [the Jays and O's kicked the shit out of him]. So even if he was a disappointment, he was a surprising Yankee killer.
2022 Prediction: And said-Yankee killer just wound up in one of the most unsettling places for a Yankee killer to be...the Boston rotation. I don't think Paxton's gonna be healthy the whole year, so Wacha will get some crucial starts, and improve over his 2021, but only marginally. 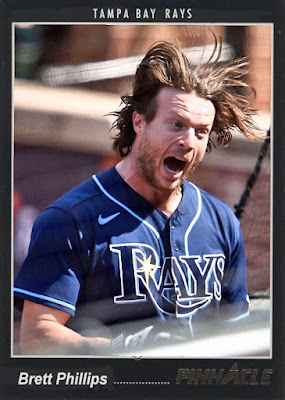 2020's postseason unsung hero, Brett Phillips, continued his under-the-radar work in several factions. In 118 games, Phillips hit .206, but with 44 RBIs, 13 homers, and 14 steals, which was most shocking to me. Plus, in an extended role, Phillips has become a smart defensive substitution in the outfield, with great defensive numbers.
2022 Prediction: A similar role, with slightly starrier numbers, but more starts upon an injury late. 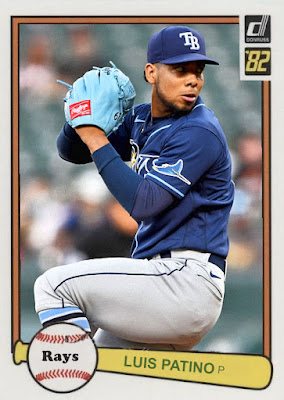 As for the guys the Rays sneakily went out and got, Luis Patino was a return in the Blake Snell deal, and in the second half he was an unlikely starting weapon, with a 4.74 ERA in 15 starts, including 63 Ks. He also made 5 postseason appearances in relief, and struck out 2 despite a loss in the ALDS. For a 21-year-old, some flashy stuff to start out with.
2022 Prediction: Now that he knows the ropes, Patino will mellow out a little. He's not gonna start the season in the rotation, but I see him getting starts down the stretch. In a few years he'll be like Julio Urias. 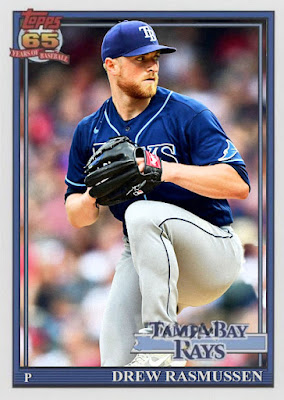 A minor addition to the Willy Adames deal, Drew Rasmussen also wiggled his way from the bullpen to the rotation, earning 10 starts with 3 wins, a 1.93 ERA and 28 Ks...even though he notched 45 Ks in 25 relief appearances. Bottom line, Rasmussen is a flexible asset that has a number of different uses.
2022 Prediction: I put Rasmussen slightly below Patino in terms of who gets thrown into the rotation on an injury, but I do see him starting games with similar power next year. And, of course, there's Nelson Cruz, a high-profile steal from Minneapolis, who was already hitting like mad and lifting the team before the trade. Upon arriving in Tampa Bay, his numbers became a little more typical for a 40-year old. Yes, 13 homers and 36 RBIs in 55 games, but Cruz only hit .226 in this time, and had the same number of strikeouts as he did in 85 games for the Twins. He did start during the ALDS against Boston, and garnered a postseason homer, but again, did not hit for average.
2022 Prediction: I think the wisest thing for Nellie to do would be retire. But he's not going to do that. So, my guess is DH'ing in Oakland and not making it to July.
Tomorrow, some selections from the Red Sox team that almost had it.
Posted by Jordan at 10:48 AM