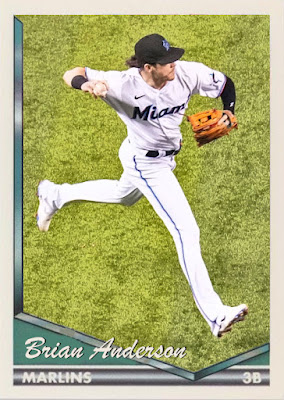 As we figured, the Miami Marlins did not make the playoffs in 2021. It wasn't the fault of returning the playoffs to a normal setup, though- the Marlins just faltered under the weight of the top 3 teams in the NL East, and struggled to recapture the 2020 magic.
One of the victims of this season of diminishing returns was Brian Anderson. After three consecutive great seasons, and a team-lifting one last year, a mixture of injuries and batting woes left Anderson with a 1.3 WAR on the season, a .249 Average and 58 hits in 67 games. If there weren't strong figures like Miguel Rojas on this team, I'd be more worried by a letdown like this, but it's a very concerning sign.
2022 Prediction: An improvement, but only to an extent. The Marlins are gonna have to figure out what to do with him next year. 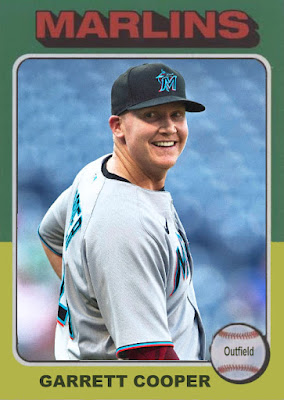 How chaotic is this- the entire starting outfield for the Marlins, which was Starling Marte, Adam Duvall and Corey Dickerson, got traded halfway through the year. Which, logically, would leave Garrett Cooper, who was hitting .284 with 33 RBIs and 9 homers in 71 games. However, Cooper gets injured soon thereafter, leaving the team with zero tested Opening Day outfielders.
2022 Prediction: A similar role as the fourth OF and bench piece, but this one will be a little less injury prone. And with all the potential swing IF/OF guys next year, like Anderson and Joey Wendle, he might have a prime season with a lot of playing time. With all the injuries going to young Marlins pitchers, it helped to have Elieser Hernandez coming in partway through again to provide something of insurance. This year he had a 4.18 ERA with 53 Ks in 11 games, then got injured and left it to the kids yet again.
2022 Prediction: Either he finds a solid place in this rotation or he's cut/traded and lands somewhere that can utilize him properly. 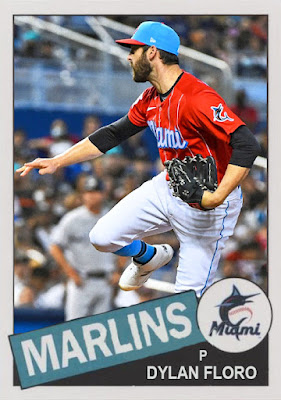 After Yimi Garcia was traded to Houston, the ninth went to former Dodgers reliever Dylan Floro. Floro was already doing great in middle relief, and by the end of the year, with 15 saves, he had a 2.81 ERA and 62 strikeouts in 68 appearances. Great sign of durable relief with versatility, something abundant in the 2020 team that seemed a bit more sparse this year.
2022 Prediction: Spends the whole year working the ninth, and even with a higher WAR and more mistakes he does a decent enough job of it. 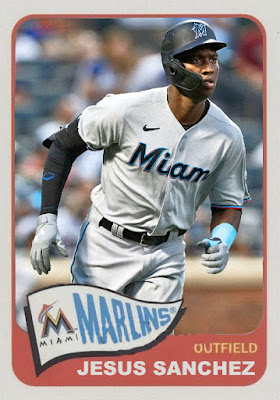 After the aforementioned OF blowout of July, one of the prime OF starters was Jesus Sanchez, a guy who was a rookie late in 2020 season. In 62 games, Sanchez hit .241 with 36 RBIs and 14 homers, some sharp power numbers in that amount of time. Between him and Bryan de la Cruz, as well as Avisail Garcia, the 2021 Marlins outfield might be a really power-heavy one.
2022 Prediction: Starts 150 games and becomes a new pillar of the new era of the team in, I'm assuming, Brian Anderson's absence. 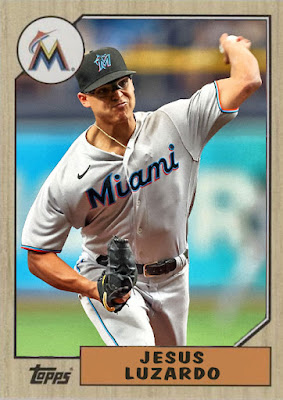 As for the other Jesus, Jesus Luzardo came in on the trade that brought Starling Marte to Oakland. Luzardo has been hyped ever since arriving in the bigs in 2019, but hasn't entirely convinced people he's worth that hype. In 12 Miami starts, Luzardo had a 6.44 ER and a 4-5 record. A bit too human, even for a 23-year-old.
2022 Prediction: An improvement, one that may involve some time in the bullpen.
Tomorrow, a surprisingly small amount of Mets. Usually I have around a dozen.
Posted by Jordan at 11:13 AM