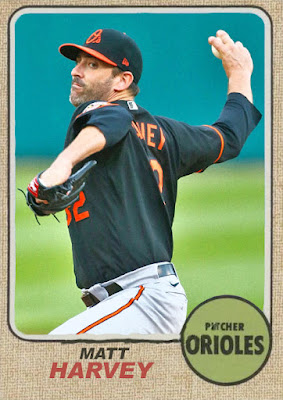 The best thing you can say about the 2021 Orioles is that they had a starting all-star outfielder who had a 30-30 season and took his place among the stars of the game. Other than that...this was an Orioles season.

Even if there were good performances to be had, like John Means and Austin Hays, this was still a very weak team with barely any starting pitching, a lot of one-dimensional hitting performances, and four other division rivals that are trying to compete. So I really don't have a ton to say about this team.

However...I can say that this team managed to get 28 starts out of late-career Matt Harvey and have it not be a complete waste of time. Despite a 6.27 ERA and a 6-14 record, Matt Harvey stayed healthy for almost the entire season, and was one of the more reliable starting arms this team could rest weight on. Unfortunately this was the third straight season where he finished with a -0.6 WAR. If anything, he's consistent.
2022 Prediction: Oh, god, I don't frigging know at this point. He returns to ace level with the Pirates? He throws a no-hitter in Korea? He can't even make the majors with the Marlins? Comes in sixth place on the next season of the Masked Singer? Fill in your own blank at this point. Whatever it is, it'll be sure to raise an eyebrow. 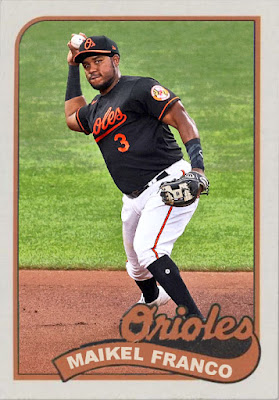 Speaking of much-maligned lost causes, Maikel Franco also played for the Orioles this year. He played in 104 games, hit .210 with 47 RBIs and was released in August. The feel good vibes of his Kansas City comeback appear to be through.
2022 Prediction: Makes some appearances with Washington but doesn't really rewrite his story. 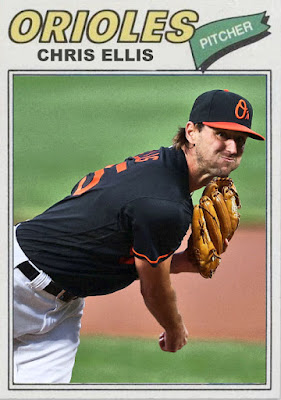 And one more weird one for the road. Chris Ellis appeared in one game for the Royals in 2019, and one game for the Rays in 2021, and neither very especially memorable [despite his 7-K 4-inning Rays bit this year complete with a game win]. After the Orioles got him off waivers, Chris Ellis started his first six games at the age of 28. He did incredibly well, with a 2.49 ERA and 16 Ks, as well as finishing the season with a 1.1 WAR, the sixth-highest on the team. For his efforts, the O's released him after the season.
2022 Prediction: Uh...signs with....let's say Oakland. And, uh...had a late season comeback? Look, these have been the hardest to predict yet, I'm literally flying blind here.