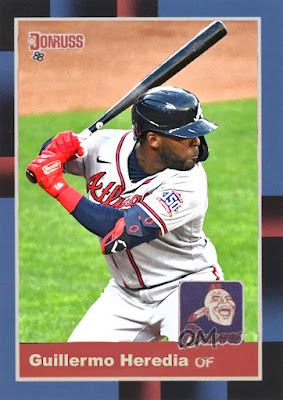 I've been making a lot of cases for the expanded playoffs, because it'll make the owners happy or whatever the hell, but here's one against- the Atlanta Braves make the playoffs as a dark horse with 88 wins, and roll their way to a World Series, taking down the Astros. Stuff like that won't be guaranteed if there's 14 teams next year.
I've done most of the big guns as far as the Braves are concerned, but there are still some true unsung heroes on this team. For instance, former journeyman outfield piece Guillermo Heredia became a crucial starter once the main OF started getting hurt. In April and June he hit .300 and .280, and was giving great contact numbers...and then midway through the bottom fell out and he evened his average to around .220. He was pretty ineffective in the postseason as well, but his presence as a veteran everyman OF bat type was appreciated, and he has been kept on for 2022.
2022 Prediction: Less of a midyear drop-off. But also, less utilized. 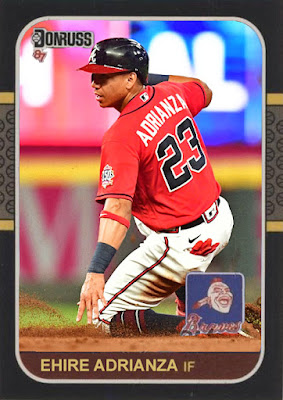 The resident infield utility man was former Twins and Giants ute Ehire Adrianza. As a backup for Albies and Riley, Adrianza hit .247 with 49 hits in 209 plate appearances. Defensively he fared better. Adrianza got one postseason hit, but had to miss the World Series for personal reasons.
2022 Prediction: Will become a starter somewhere due to an injury to a huge star. 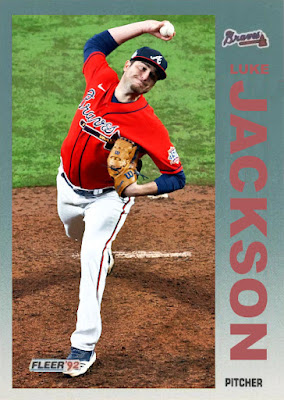 One big relief piece for the Braves in 2021 was Luke Jackson, former Rangers farmhand and 2019-era closing option. Jackson had his best season by far this year, with a 1.98 ERA, a 2.3 WAR, and 70 Ks in 63 innings.
2022 Prediction: Similar appearance numbers, beefier ERA. 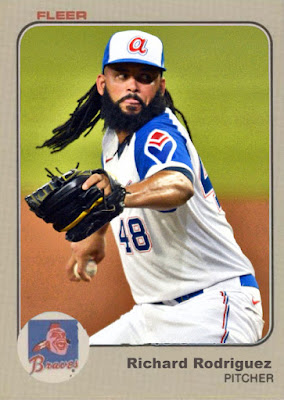 Possibly the biggest disappointment of the trade deadline season was Richard Rodriguez, plucked from Pittsburgh in order to be a scary bullpen piece in the stretch run. Rodriguez seemed out of his element in Atlanta, and had a 3.12 ERA in 27 appearances, with his first 1+ WHIP since 2019 and 23 hits. The Braves did not keep him on the postseason roster, and have cut him.
2022 Prediction: Returns to Pittsburgh, and the ninth, and does considerably well. 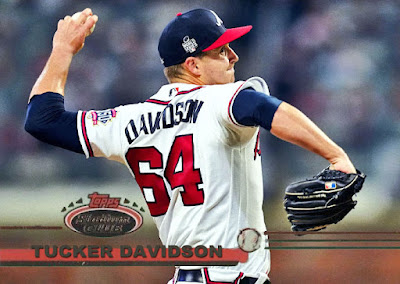 And finally, Tucker Davidson got to redeem himself after an injury in a big way. Davidson had a 3.60 ERA in 4 starts, and was looking like a nice rotation option when he got hurt, and was on the 60-day IL for a while. He wouldn't be activated til the postseason, and would start Game 5. While the start wouldn't be perfect, giving up 4 runs in 2 innings, he'd still gotten back.
2022 Prediction: Becomes a solid fourth starter with some very big moments for a not-as-good Braves team.
Tomorrow, we examine the Brewers team that I genuinely thought was gonna win a World Series.
Posted by Jordan at 11:18 AM