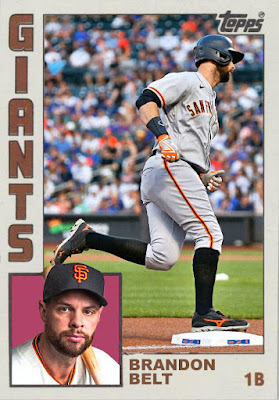 The San Francisco Giants finished the 2021 season with the best record of anybody, with 107 wins and 55 losses. With a regular season that good, the Giants were unfortunately doomed for a steep fall. Which is exactly what happened when they went against the Dodgers in the NLDS.
But before then, they took a mostly-aging core and added a lot of youth and cheap statistical forces to the team in order to make it great. It was a triumph Gabe Kapler had been waiting for since getting the job with the Phillies. And it was a worthy triumph, considering the franchise piece that would leave at the end of the season.
But first, one of the other pillars of the team, Brandon Belt, had a great year in between injuries. Over 97 games he hit .274 with a team-leading 29 homers, and 59 RBIs. Belt also had the largest OPS on the team with 160, and notched a 2.7 WAR despite missing time. If that's how good he was without 50 games, it proves that Belt still has some life in him, even at 33.
2022 Prediction: A fuller year, though maybe not as power-heavy. Expect some big moments from the guy, though. I don't quite see 1st base going to Darin Ruf quite yet. 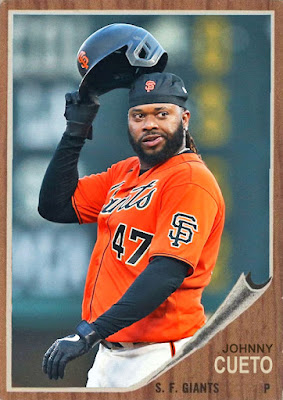 Rounding out the 6-year contract he signed in 2016, Johnny Cueto found himself bringing up the rear of a rotation that featured Kevin Gausman, Anthony Desclafani, Logan Webb and Alex Wood. In 21 games, the former Cincinnati ace went 7-7 with a 4.08 ERA and only 98 Ks. It's sad to see someone who looked so powerful in 2015 and 2016 seeming this blah, but he did still have some moments of dominance before being left off the postseason roster.
2022 Prediction: A lower-price signing for a team needing rotation help. Washington? Baltimore? Hell, the Mets? 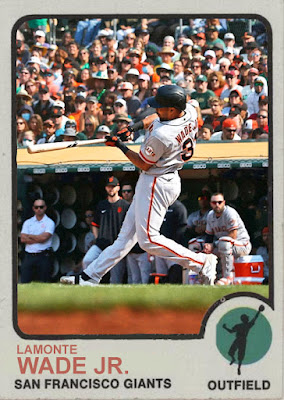 One of the biggest surprises for the Giants was the arrival of former Twins utility piece LaMonte Wade Jr.,  who was a very useful bench piece that made his way to starting in June and July. In July he had a 1.027 OPS with 16 RBIs and 7 homers, owing to his season .243 average. Wade, like Darin Ruf, is an outfield-1B type who can just rake and hit it where they ain't at crucial moments. No wonder Kapler likes him.
2021 Prediction: A bigger case to start, and maybe bigger contact numbers. 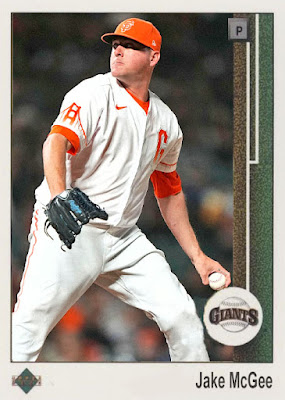 Two relievers split the closing spot in SF this year. Technically the most successful of the two was Jake McGee, who had 31 saves, a 2.72 ERA and 58 Ks. Clearly his best season closing since Tampa, and I'm glad he's come into his own as a ninth man.
2022 Prediction: A few more blown saves will leave the door open for their other closer. 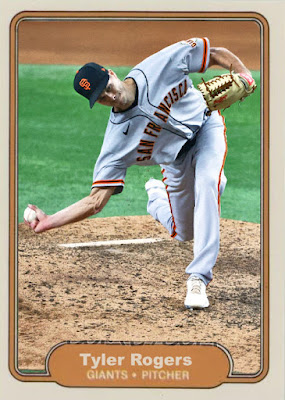 The other closing piece the Giants used this year was Tyler Rogers. While his brother Taylor was injured for a great deal of the year, Tyler the sidearmer had the stronger overall season, with a 2.22 ERA, 55 Ks, and 14 saves in 80 appearances. Rogers may be 30, but he's reaching his peak, and has been a nasty relief piece for the Giants over the last few seasons.
2022 Prediction: Takes the ninth full time, with great results. 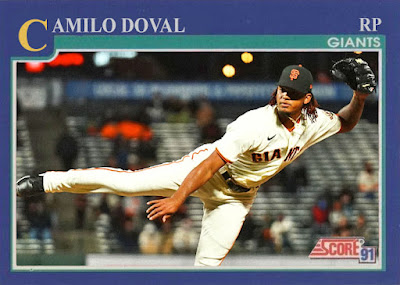 Meanwhile, the middle relief piece that raised the most eyebrows this year was Camilo Doval, who premiered as a rookie, became a trusted relief piece, had a 3.00 era in 29 appearances, notched his first postseason save and gave up a run to the Dodgers in the NLDS. Doval is 23, and is doing so much already. While people like Jarlin Garcia and Dominic Leone had bigger overall seasons, Camilo Doval had the biggest second half, and made the Giants more of a force going into the postseason.
2022 Prediction: Levels a bit behind some aforementioned talents, but begins to hone things for a prime season coming in a year or so. 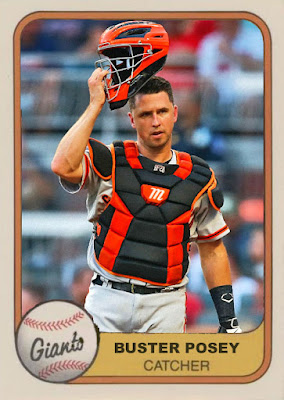 Finally, 2021 was the final one for Buster Posey, a team hero I saw in his rookie year at Oracle Park, and who always seemed to excel both behind the plate and at it. I respect his decision to bow out now, as he's certainly on top, with an ASG season, a .300 average and 120 hits. Very respectable numbers to go out on. I hope that either Joey Bart or Curt Casali will fill the void strongly enough without him.
Tomorrow- Some results of the soon-to-be-Guardians' decision to make for a lower-budget 2021.
Posted by Jordan at 10:45 AM