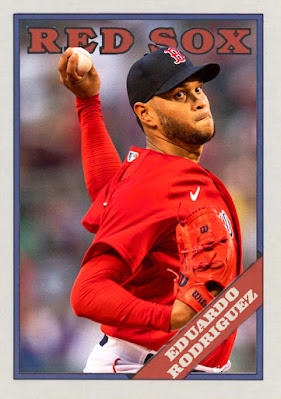 Well, it's Christmastime, and I imagine the Frosty the Snowman specials are getting a lot of play on network TV. You know, the story of the snowman who comes to life with the help of a magic hat, and of course there's the 2nd act conflict where some ass takes the magic hat away and makes the children cry.
Alex Cora was the magic hat in Boston. You took him away, and so too left the magic. Even with injuries in 2019, they still weren't completely terrible. But in 2020, with no pitching, and no Alex Cora? Absolutely nothing could be done for the Red Sox. It took bringing Cora back, revitalizing the rotation, and adding the littlest pieces like Kiké Hernandez, Hunter Renfroe and Garrett Whitlock, but they were a big force in 2021. The Sox may not have won the East, or the Series, but they reestablished themselves as competitors in 2021.
Even better, after an injury-plagued 2020, the Red Sox got 31 games out of Eduardo Rodriguez. Eddie had 13 wins, highest on the team, and 185 Ks, 2nd highest [thanks to Eovaldi]. The worrying detail was a high ERA of 4.74, but he proved that his mechanics and velocity are still trusted, and that he can still be a big game pitcher.
2022 Prediction: Of the two major signings made by the Tigers, I predict that Rodriguez will be the more disappointing one. I'm getting Jordan Zimmermann vibes from what they gave him and how long. 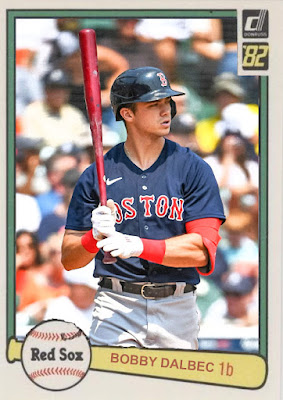 After a blistering end to the 2020 season, the Sox gave Bobby Dalbec 1st base [over Michael Chavis, which, in hindsight, shoulda got it]. Dalbec is a one dimensional hitter with occasional perks, and he continued that approach, with a 25-homer year, 78 RBIs, and a .792 OPS. He only hit .240, and his defensive numbers leave a bit to be desired, but he's still a solid member of the team, and can hit for power just like the other big guns on the team.
2022 Prediction: Closer to a peak year. I say he chases 35 homers, has some insane stretch in May, and gets even more eyes on him. 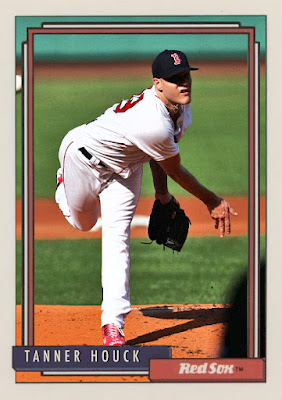 After how unhittable he was in 3 starts at the end of 2020, I kinda figured Tanner Houck would have a bigger role in the Sox team than he did. He was kept in the minors for a great deal of the year, and only appeared in 18 games, but 13 were starts. In those starts he had 73 Ks, and a 3.68 ERA, despite an 0-4 record. He also had 10 more postseason strikeouts, and a win in the ALDS against Tampa, despite some runs against Houston.
2022 Prediction: Houck has a rotation spot, I think. Paxton might make a run, but Houck has it. And he's gonna be a big eyebrow-raiser off the top of the season. 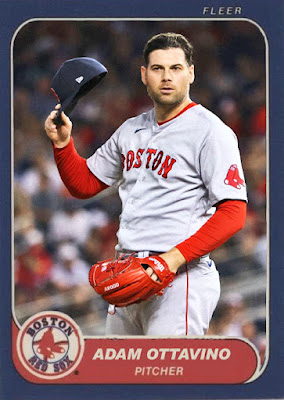 The result of a rare trade between Boston and the Yankees, Adam Ottavino was the most utilized reliever for the Red Sox this year, and had a 4.29 ERA, a 7-3 record and 71 Ks. Not quite his Colorado numbers, but still consistent and reliable.
2022 Prediction: Low-key pickup that pays off for another contender. NL, I think. Maybe St. Louis brings him back. 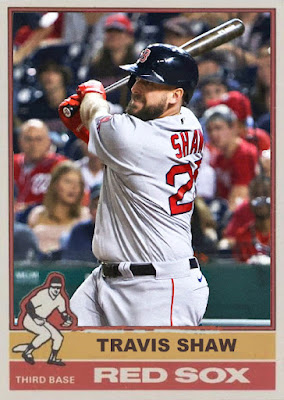 And then, in the last moments of the season, the Sox brought back two former farmhands on waivers. Travis Shaw was an infield piece that left the team in exchange for Tyler Thornburg, and became a star in Milwaukee. Shaw began the season with the Brewers, did alright, and lost the 3rd base job to Luis Urias. So he was claimed by Boston, his old stomping grounds, and hit .238 with 11 RBIs and 3 homers in 28 games.
2022 Prediction: I think he'll retire after not being given a good enough deal. 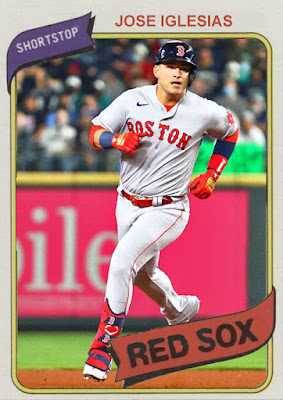 And after being good-but-not-great in Anaheim, Jose Iglesias also returned to Boston as a backup 2nd baseman for Hernandez's flexibility. In 23 games, Iglesias hit .356 with 21 hits and 7 RBIs, all the production the Angels had been missing.
2022 Prediction: My guess is the Astros sign him on a one-year.
Tomorrow, as per usual, quite a few Cincinnati Reds.
Posted by Jordan at 9:40 AM
Labels: Adam Ottavino, Bobby Dalbec, Custom Cards, Eduardo Rodriguez, Jose Iglesias, Red Sox, Tanner Houck, Travis Shaw