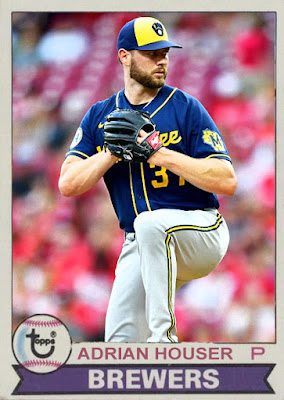 I genuinely thought the Brewers had it this year.

The momentum they had stacked up late, the midyear acquisitions, the insane three-headed rotation dragon...all done away by 5 games against the Braves. As good as they were during the season, and as much as they became my W.S. winner pick, the fall may have been inevitable, much as the Giants' and Rays' falls were.

While the rotation did often come down to Burnes, Woodruff and Peralta, there were still other heroes in that rotation. Adrian Houser is honestly one excellent year away from joining that canon, he's just working on his consistency. In 26 starts he had a 3.22 ERA, 10 wins and 105 Ks, certainly nothing to be frowned upon. But several runs separated him from the rest of the pack.
2022 Prediction: One of the big 3 is gonna be out of commission for a bit, and Houser will step up and have his best season yet. 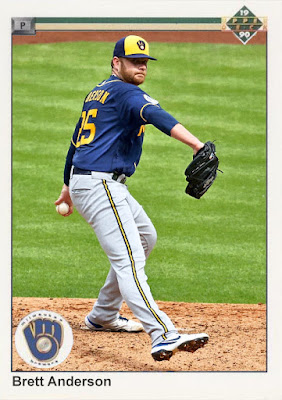 You also had another year of Brett Anderson, who's still a solid arm this far into his career. Despite injuries shortening things, Anderson still had a 4.22 ERA in 24 starts. The issue is, though, that he's not striking as many people out, and he's giving up more runs than he used to. With a lot of youth and efficiency in this rotation, Anderson still feels like the odd man out.
2022 Prediction: Cheap signing somewhere out of the question to finish off his career. Maybe even waived by a contender. 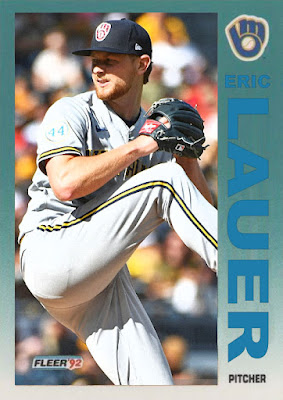 And after some very disappointing starts in 2020, Eric Lauer finally touched some of his Padres-era power, with a 3.19 ERA and 117 Ks in 20 starts. He was also pretty decent in a postseason start. The big takeaway is that Lauer, at 26, still has a ton of potential left, and can still be a useful late-rotation piece for the Brewers
2022 Prediction: Lauer keeps climbing, and has an even better year with a fuller range of starts. 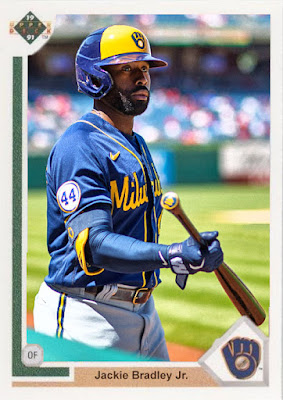 One of the very last signings before the 2021 season began was Jackie Bradley Jr., because as amazing as he's been as a defender, the man hasn't been able to make it work at the plate. This year, Bradley had a 12 fWAR variable, but it was sullied by a NEGATIVE 34 BATTING VARIABLE. That is what we're dealing with here. As good of a match Bradley is for LoCain and Yelich in the outfield, he was a detriment to the Milwaukee lineup. Bloom landing him back in Boston in exchange for Hunter Renfroe is a move that benefits both parties.
2022 Prediction: The Red Sox will not start JBJ, but he'll still be an excellent defensive substitution and bench piece. Verdugo, Hernandez, and the inevitable outfield bat they sign will be good enough. 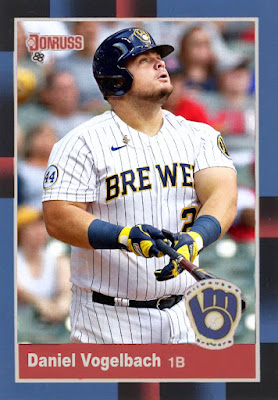 Speaking of one-dimensional players, the Brewers' frustrations with Dan Vogelbach hit fever pitch in 2021, as even if he was their designated starting 1st baseman after Hiura's demotion, he only hit .219 with 8 homers in those 93 games. No wonder they needed Rowdy Tellez, who can do Vogey's job without the sharp inefficiency.
2022 Prediction: Bench bat somewhere. 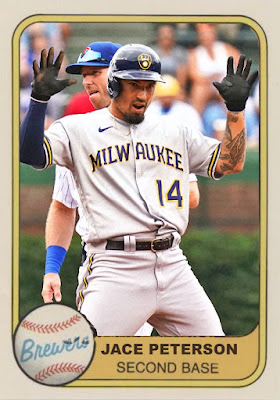 The resident surprise backup infield piece in 2021 was Jace Peterson, former Braves youngster. Peterson did a fairly decent job backing up Kolten Wong, and managed to hit .247 with 31 RBIs. Peterson has become a safe bet as ute in Milwaukee, and the team seems to like keeping him around. I'm glad the guy's found a niche.
2022 Prediction: More of the same kind of work, just with a bit more pop at bat. 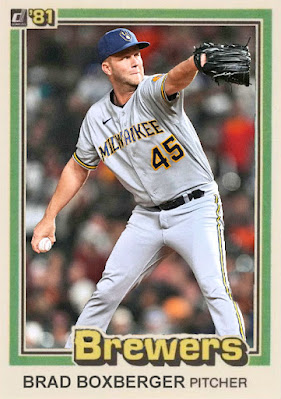 And one relief piece I didn't get to during the season, mostly due to Devin Williams and Josh Hader existing, was former Rays one-year-wonder Brad Boxberger, far from his closing duties. In 71 games he had a 3.34 ERA, 83 Ks and even 4 saves. Boxberger has become a perfectly strong middle reliever, and similar to Steve Cishek, he's developed career longevity after losing a closing opportunity.
2022 Prediction: Someone picks him up with the idea of giving him the ninth, and he rewards them.

Tomorrow, several players from the Cardinals. Many of them are very old.