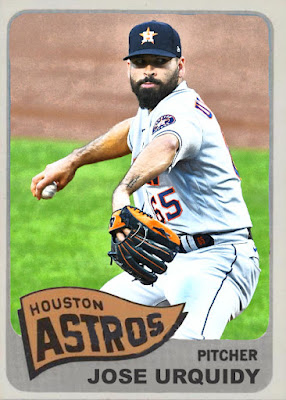 So. The Astros tried to win another World Series.
I'm...still kinda pissed that this team hasn't been reprimanded enough to not compete, and even if Correa and a portion of the dynasty leaves this year, they'll still probably compete, and it'll probably be tricky for the Mariners or Rangers to take 1st. 2021 was another testament to the rollout of the youth movement, as there are still great prospects coming out, and repopulating the team. Also a testament to Dusty Baker, who will probably win a World Series one day, but not today.
Jose Urquidy spent another year as a lower-tier but still strong rotation option, and had an 8-3 record, a 3.60 ERA and 90 Ks in 107 innings. He gave up a crucial run in an ALCS game, but came up with 2 of the Astros' WS wins thanks to some quick work there.
2022 Prediction: With a crowded-looking rotation picture, expect some relief appearances over the first half and some very strong starts in September. 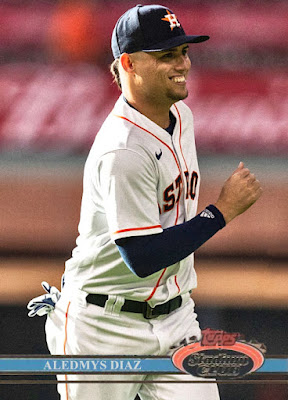 Aledmys Diaz has embraced his role as the Astros' requisite utility infielder, and had another decent bench season, hitting .259 with 45 RBIs in 84 games. He's not quite the contact killer he was in 2016, but he's certainly a valuable roster piece.
2022 Prediction: One of two things happens. Either the Astros lay low this offseason and Diaz has a strong but unassuming year as starting SS. Or, and this is more likely, the Astros pick up a free agent SS and Diaz does more bench work adequately. 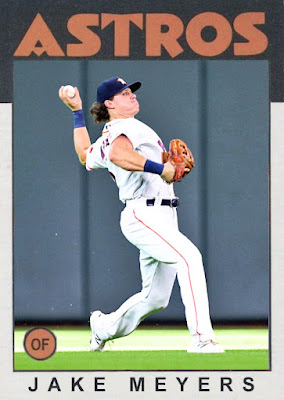 Before Chas McCormack took the position indefinitely, Jake Meyers made a very nice run at center field. In 25 games, Meyers hit .260 with 28 RBIs and 6 homers in 49 games. It looked like Meyers would become a starting choice for the postseason, but an injury shortened his year and opened the door for McCormack and Siri.
2022 Prediction: Is there a place for Meyers in the Astros' 2022 outfield? Brantley and Tucker will be around, and McCormack seems to have notched startership. Unless Meyers can outdo Siri and McCormack in Spring Training, you're looking at a trade piece at some point. 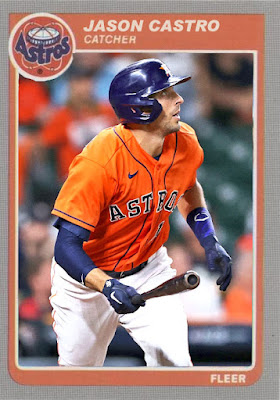 As Martin Maldonado stunk it up as starting catcher, Jason Castro's return to Houston, as backup, was unassuming but an improvement, with a .235 average and 8 homers in 66 games, plus a crucial playoff RBI that kept the Astros alive in the World Series.
2022 Prediction: The Stros will cut Machete, and Castro will get to start in Houston again, and it will go well. 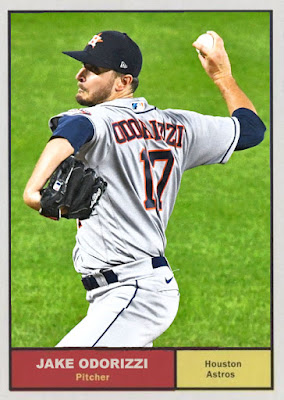 A smaller-key signing the Astros made in the offseason was Jake Odorizzi, off of some nice Minnesota seasons. While injuries limited him a bit, Odo still had some decent moments in Houston, with a 4.21 ERA and 91 Ks in 104 innings. He had limited postseason action but only allowed 1 hit in 2.1 World Series innings.
2022 Prediction: A proper comeback marred by a later injury. 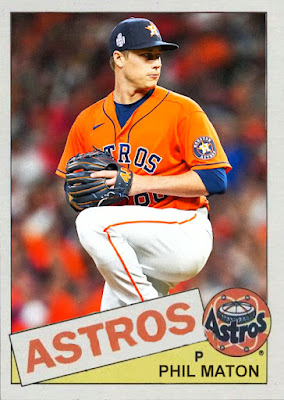 And for the trade deadline deal that no one thought would be as huge as it was, Phil Maton was filched from Cleveland at the deadline for Myles Straw, which was an odd deal on multiple counts. Maton, who was doing decently for Cleveland before the trade, hit a 4.97 ERA in 25 innings of regular season play. During the postseason, Maton improved mightily, with 15 Ks and only 1 earned run in 12.1 innings, becoming one of the most reliable relief pieces they had.
2022 Prediction: A fuller, more impressive season that culminates in maybe some more playoff magic.
Coming Tomorrow- A TON of leftover Athletics.
Posted by Jordan at 10:28 AM