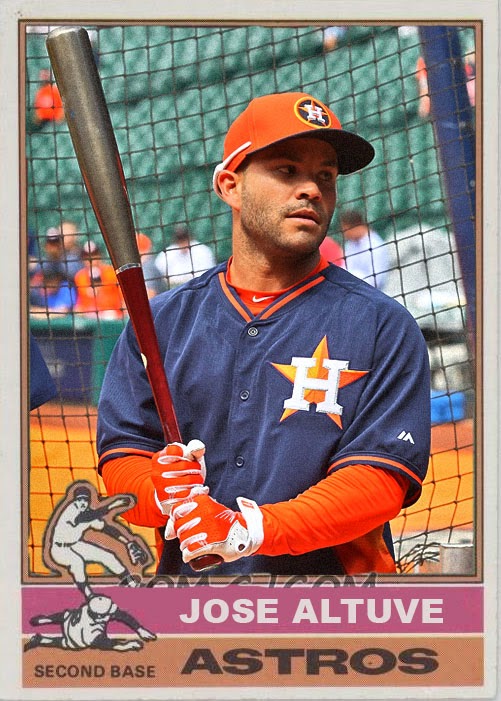 When the Astros swapped over the AL a few years ago, they had basically nothing. Their only good pitcher would be in Baltimore by the end of the season. Their DH was past his prime. Their shortstop would be in Oakland eventually. Their manager was far from spotless.

The only threat they had was Jose Altuve...which, as people are now beginning to realize, is a pretty big threat.

In 2014, Altuve topped the hits list, the Batting Average list, and became one of the best defensive infielders in the game, behind Robinson Cano. And slowly, people began to veer their eyes towards Houston like they hadn't since the 2005 season. There was actually some growth, some progress, SOMETHING, going on there, and Jose Altuve was the catalyst.

Now, like the Marlins with Stanton, the Astros have built their roster around Jose Altuve. Chris Carter, George Springer, even a returning Jed Lowrie. And, while it may not have any short-term consequences, this team could be very big in a few years, if their talent sticks around. Altuve could be the kind of person the Astros need to lock up, if they haven't already.

I'm expecting Altuve to have another huge season, even if the Astros end up in fourth or fifth again.

Coming Tomorrow- It's an odd numbered year, which usually means the Giants aren't going to do as well as they would in an even numbered year, but above all else, they should not panic. And neither should their second baseman.
Posted by Jordan at 11:43 PM
Labels: Astros, Custom Cards, Jose Altuve