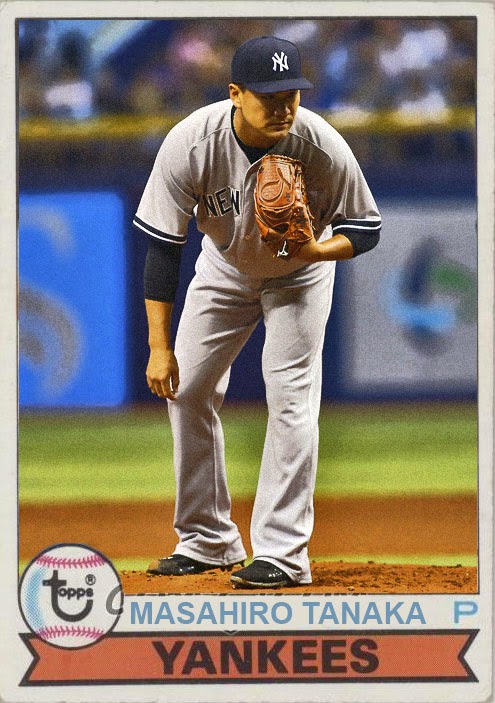 I'm more than overjoyed that the Yankees are doing well this year. It took a little while, but not only have they started hitting, but their bullpen has also exceeded expectations. Hell, they even took control of the Miracle-for-a-Week Mets last week, taking the best 2 of 3 in their series.

Masahiro Tanaka is thankfully back to his old tricks, striking out batters and being one of the nastiest, and most effective, pitchers in the league. I am so glad we got him, and I am so glad he's gotten back to what he was doing last season, before half the rotation decided altogether to get injured.

I feel like Tanaka is going to end up being the new Sabathia, top of the rotation, sheer power and speed, nasty stuff. Hopefully he'll be at his best for a little more than Sabathia is.

Coming Tomorrow- I've been posting a lot of Reds for some reason. Weird. Here's another one.
Posted by Jordan at 11:00 PM