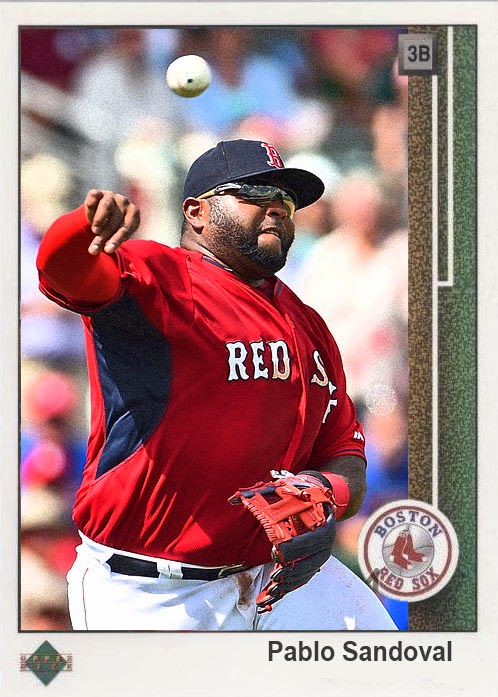 Well, it's finally that time of year. It's time for the Phillies to be trounced by a generally good team. I mean, that generally happens on Opening Day, doesn't it?

I'll give the Red Sox a ton of credit for what they did during the offseason. They took a depleted rotation and turned it into a very nice assortment of young arms, including Wade Miley and Rick Porcello. They took an aging infield and...wait, it's still aging, but Panda and HanRam are there anyway.

I mean, it's a risky move, filling the roster with a ton of contracts. The Padres are gonna likely find out that it's not always the best idea. The Red Sox did a lot less roster-packing than the Padres did. Like, they still kept the heart and soul of their team intact. People like Dustin Pedroia and David Ortiz are still sticking around, and will be for a little while longer. That may be why the Padres' deal-a-palooza may fail in the end, because the team had no central heart or leader to base around, and all of these additions are going to crowd the cell instead of supporting the nucleus.

But back to the Red Sox.

I have no idea how Pablo Sandoval in Boston is going to work. It's a clever idea, but the execution is going to be critical. He was an up-and-down player in SanFran who only flourished whenever he landed in the postseason, which, thankfully, was quite often. The result is gonna be interesting to say the least, and Sandoval may in fact end up being another Mo Vaughn. But, again, this is the beginning of the season, and all we know at this point is that the 2015 Championship Parade won't be happening in Philadelphia or Atlanta.

Coming Tomorrow- The A's are trying to rebuild, and their new third baseman is going to try to help with this.
Posted by Jordan at 11:42 PM