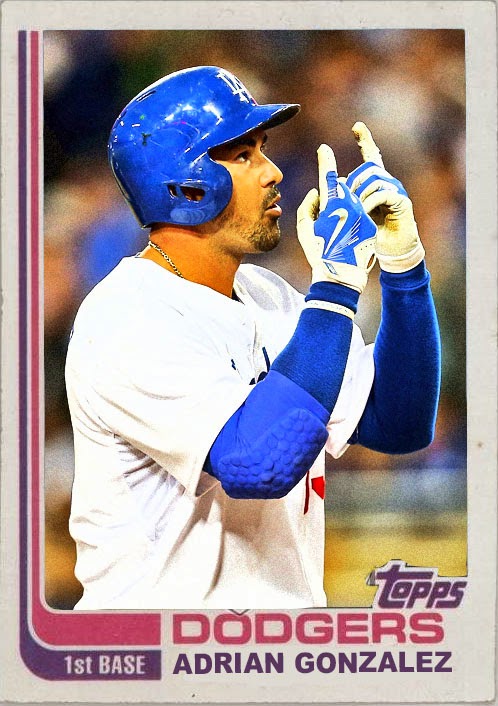 If every month could have an MVP, then this guy would have nabbed this one for the NL weeks ago.

I've always known how damn good Adrian Gonzalez can be. Last few seasons in LA, he's been wonderful, hitting up a storm and playing some consistent first base. But he hadn't really gotten any of the huge numbers he'd achieved in Boston or San Diego...that is, until now. He started off the season on a hitting spree, knocking home runs and getting a high average.

Adrian has had a number of really nice seasons in a row, and his consistency is going a bit under the radar. He's got power, and he's got some decent defensive ability, and he is exceedingly reliable. I'd like to see him get a starting All Star nod this year, but the competition will be fierce.

Adrian is just a fun player, and I like it when really nice things happen to him.

Coming Tonight: The unknown that has been taking the AL East by storm.
Posted by Jordan at 11:19 AM
Labels: Adrian Gonzalez, Custom Cards, Dodgers