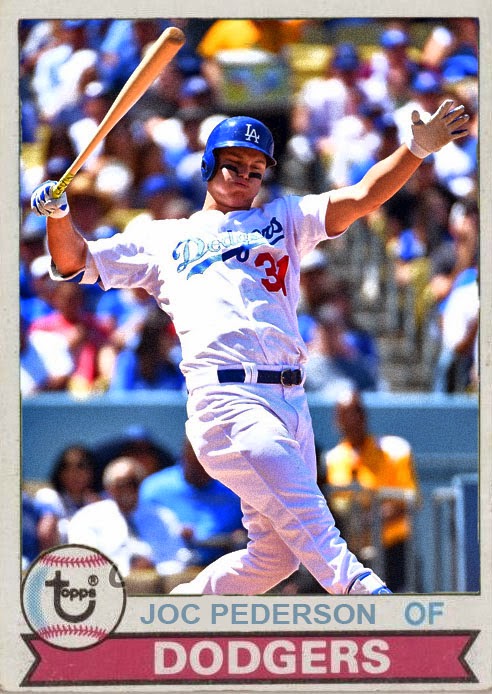 Last year, the Los Angeles Dodgers had five outfielders. All five of them were really good. Not too many teams can say that. Hell, the best outfielder on that team might have been the one that everyone had counted out at the beginning, Carl Crawford. But Crawford, Yasiel Puig, Andre Ethier, Matt Kemp and Scott Van Slyke were all important parts of the Dodgers.

Then, a week before the season ended, they let in one more. Joc Pederson.

When the season ended, the combination of Puig-Crawford-Ethier/Kemp was so strong that I was worried that someone as promising as Pederson would get traded. However, in his few games last season, he showed enough promise to stay on the roster, and be promoted to a starter. Matt Kemp was the one that left.

So, now the guy I was worried for is now one of the stronger pieces in LA. I love the fact that a lot of these guys are having a great start. Puig, Adrian Gonzalez, Brandon McCarthy, Rollins, Kendrick, and Pederson. If these guys keep playing really well, the Dodgers could actually go the distance. I'd love for that to happen.

I just hope Joc Pederson proves to be more than a prospect, and plays like he's been playing the last few games.

Coming Tomorrow- If it hadn't been for Kershaw, this guy would have definitely been the MVP last year. This year, he's back in full force, and his team might be pretty good this year.
Posted by Jordan at 11:11 PM