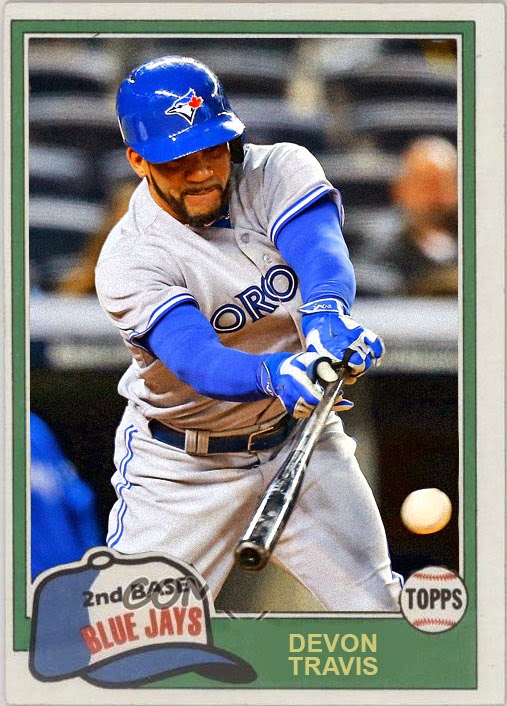 I read in the magazines that of all the Toronto rookies, Dalton Pompey was the one that people thought would do some serious damage, perhaps even getting the ROY.

None of these magazines must have known about Devon Travis. Because, with the start he's had, he could take a ton of awards this season.

I don't know how it happened. He started the season not even on the bench, but as a starter. For a rookie, and not even a 'played-some-of-last-season', an actual, never-played-in-a-game-before rookie, that is a nice way to start- getting an Opening Day start as your rookie debut.

The guy's becoming one of the best things about the Blue Jays right now, because J-Bats isn't hitting, and D-Hutch isn't off to the greatest start. Travis is just hitting really well, and becoming the talk of the majors.

I don't know if Travis-mania is gonna last the whole season, but I hope he has a nice season, and I hope he has enough power to solidify himself not just in 2015, but potentially longer.

Coming Tomorrow- The Marlins aren't performing as well as a lot of people thought, but this guy is making a lot of progress, especially after his awesome season last year in LA.
Posted by Jordan at 10:45 PM