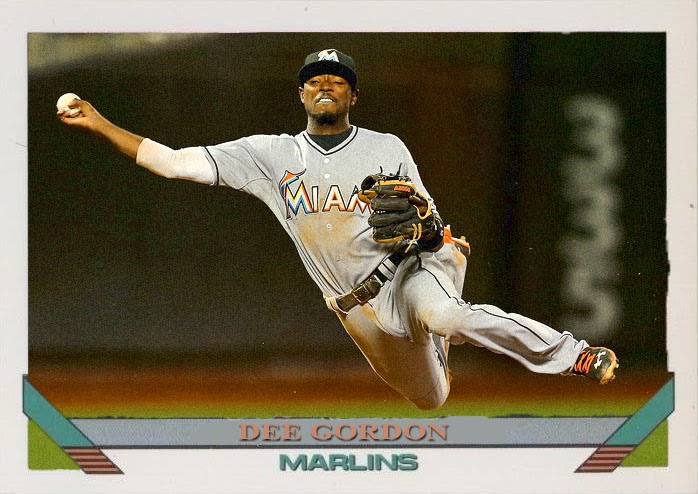 Last Season, Dee Gordon came back from a couple of down seasons and made a name for himself in the NL West not only as a base-stealer, but as a formidable hitter, the kind you'd want on your roster, the kind that would take you to the postseason.

So the Marlins figured it'd be a nice idea to trade for Gordon, as well as Dan Haren, and made a deal. So they got an elite second baseman for the next few years, and a guy who's been doing pretty well for himself over the past few weeks.

I mean, the Marlins are a bit underwhelming so far, as the Mets and Braves are sort of ruling the roost, and the Marlins are sitting in third, taking their time. I think people are expecting a mid-season boost, which I could definitely see happening (Stanton and Yelich are gonna catch fire, I imagine), and the fact that it's not happening NOOOOWWWW is a little disheartening.

Bottom line- this division is insane. The guys who were inches from a league title last year are currently in fourth. The Braves are in second. The only sane thing going on in the NL East right now is the Phillies are in last place, where they're supposed to be.

I think if the Marlins can pick up enough momentum in May or June, they could be a first place team for a while, and they could potentially make a playoff run. They do have the talent, their outfield is pretty nice, and thanks to Dee Gordon their infield has improved. They have what it takes. I dunno if it'll happen this year or whenever, but it's going to.

Coming Tonight (?)- He spent last year on the DL. Now he's back, part of a surging Tigers squad.
Posted by Jordan at 2:54 PM