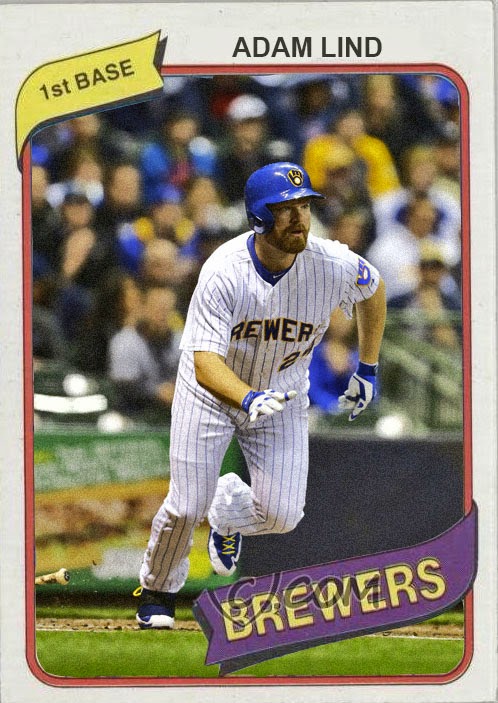 I mean it. Whenever I get to a custom of a dude wearing a throwback, it's so much fun. I get to match up the design with the uniform, and plus, there's that nostalgia factor. It's not an everyday uniform, and it really pops out. The 80's Brewers ones are great for that, mainly because I'm not a huge fan of the Brewers' current uniforms. That dark navy and bland gold are kind of...blah. They don't stand out. I mean, they could be the Brewers' late 90's dude, but they're not great. I'd love to see them go back to their 80's stuff.

Topps, in their Opening Day release, did a whole insert set devoted to throwbacks. They had a ton of variety, throwing in some negro league uniforms, and going all the way down to the 80's Brewers and Angels. I really liked that set, and I got a few of them (through JustCommons, because I'm not gonna pay 99 cents for a meaningless product, inserts or no). I think I might have gotten one of the Brewers, but it might have been Carlos Gomez, or someone like that.

Adam Lind was dealt for because he's a bat, and the Brewers could sure use another one of those. His only problem is that he's a career DH, and he was never used as an everyday 1st Baseman in Toronto. I think he's gonna have an okay season, unless something spectacular happens.